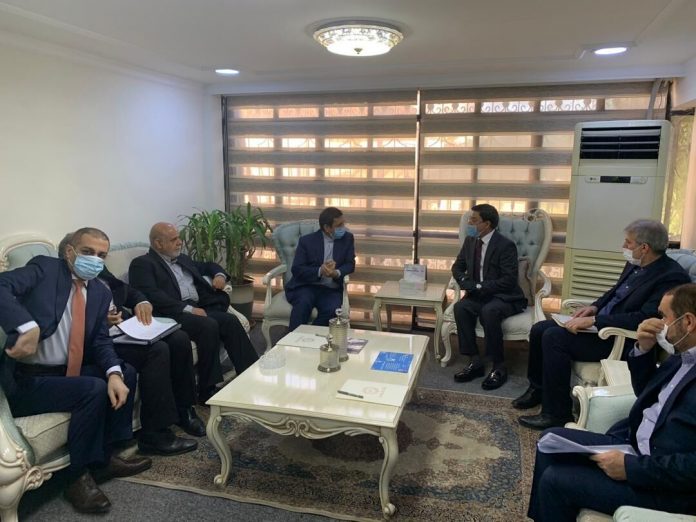 Hemmati made the remarks during the meeting with his Iraqi counterpart Ali Mohsen Al-Alaq.

The official urged a joint mechanism to be used by both countries to provide Iran with access to fundamental commodities.

Referring to the already signed agreements between the two countries, Hemmati said that Iran aims to make use of its resources and assets in Iraq for purchasing fundamental commodities which are not banned under the sanctions imposed on Tehran.

Noting that the two sides also reached good agreements during this visit, he said that the timetable for implementing the agreements is of special importance.

The Iraqi side, for his part, said that a document signed a year ago between the central banks of Iran and Iraq clearly defines the banking and financial relations between the two countries and the way to use the resources of the Central Bank of Iran.

Today the two sides agreed to act based on the same agreement, he said.