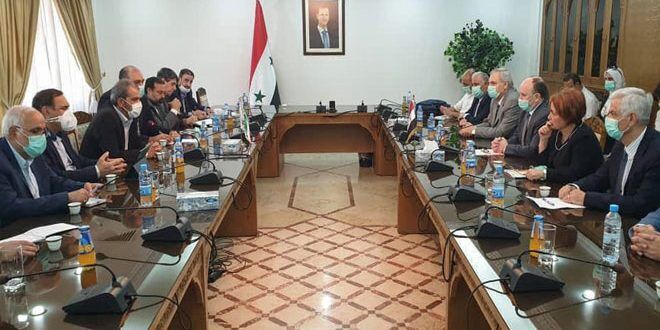 Bassam Ibrahim referred to the significant scientific relations between Tehran and Damascus and also scientific, cultural and research cooperation programs between two countries.

He noted that the Iranian research centers have had significant progress in medical, nano-technology and stem cell fields.

Meanwhile, Danaiefar referred to developing scientific and research relations between Iranian and Syrian universities and called for enhancing efforts to achieve better results.

They reviewed the importance of creating a mechanism for exchanging goods and supplying the needs of Iranian and Syrian people.