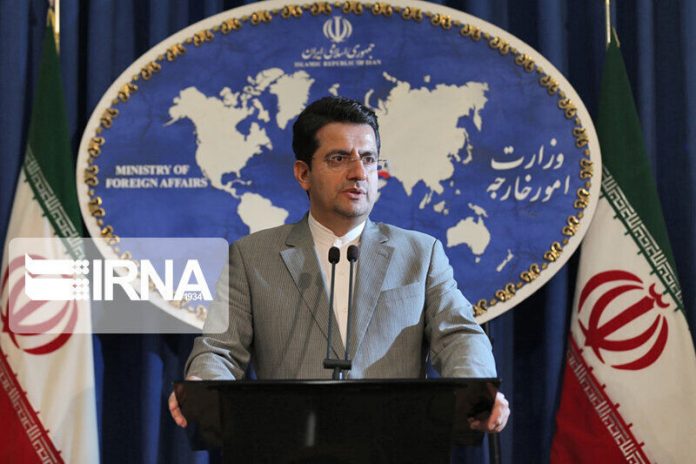 He made the remarks in reaction to US Special Representative for Iran Brian Hook’s statements and his tour to regional states and threats against Iran.

Mousavi condemned Hook’s remarks as “baseless and devoid of any value”.

Striving to justify the issue of extending UN arms embargo against Iran, Hook talked about military option against Iran, Mousavi said, describing it as a worn-out option that has been gathering dust for years on the table of delusionary US presidents.

The real threat to the region is the destructive and destabilizing presence of the US, turning the region into a military base and preventing it from progressing and developing due to division and intimidation in order to easily sell products of the US military industry, he said.

Hook is discussing Iran’s arms embargo at a time when his country and some of its allies have hundreds of nuclear bombs and other weapons of mass destruction and have no cooperation with the International Atomic Energy Agency and other international institutions, he said, noting that worse than that is that the US has turned the region into a gunpowder depot by selling advanced weapons and advanced equipment to these countries, and most of these weapons are being used against the oppressed and homeless people of Yemen, Palestine, Iraq, Syria, and other nations.

Ensuring security of the region by the countries in it is the principled and stable policy of the Islamic Republic of Iran, Mousavi reiterated.