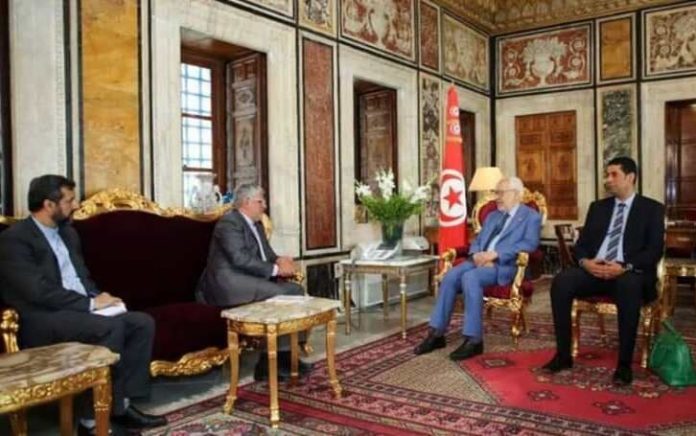 The Iranian envoy said that Iran’s Parliament stressed the importance of expanding the inter-parliamentary relations and the necessity to strengthen economic, political, and cultural ties.

On behalf government and the people of Iran, he congratulated the parliament of Tunisia over their revolution and entering the path of democracy, hoping that Tunisia will reach its goal and that their experience of democracy will be successful.

Al-Ghanouchi stressed the expansion of ties between the two countries’ merchants and parliaments.

He said that Iran and Tunisia have long relations and that the Tehran and Tunis have common ideas in many regional and international issued, including the issue of Palestine.

He hoped that Iran and Tunisia will create chances for dialog using equity, justice, freedom, and democracy.