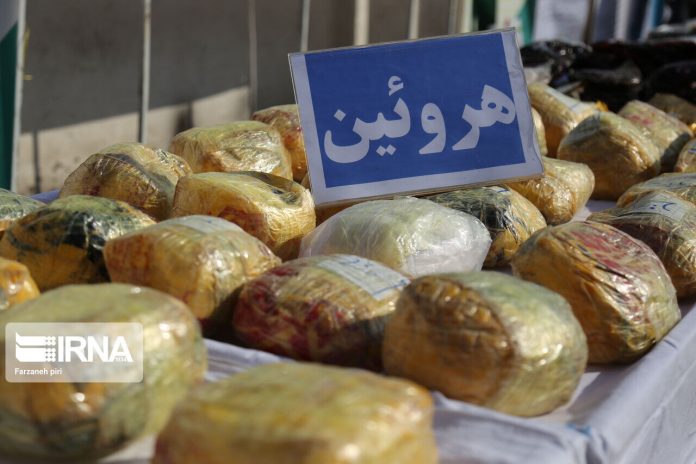 Brigadier-General Majid Karimi told his Turkish counterpart in video-conference held on Saturday that Iran is willing to share information with the Turkish police in the context of regular cooperation with Turkey taking appropriate measures against drug trafficking.

Referring to the UN report on the conditions of narcotics in the world, he said that even during the coronavirus outbreak intercepting the contraband of Afghan-made methamphetamine has increased in Iran, adding that 10 tons of the industrial drug has been found in spring and summer.

Karimi said that in addition to opium, morphine, heroine, and hashish, Afghanistan has been producing methamphetamine in the past two years, which is due to low prices of the product in Afghanistan and good market in Europe, and southwestern and southeastern Asia.

He added that according to the police of Afghanistan, the reason of the increase in production of methamphetamine is lack of police control over certain parts of the country.

He added that fortunately discovery of drugs at Iranian borders with Afghanistan and Pakistan has increased by 34%.

Karimi said that Iran and Turkey can share information about methods of trafficking and transit of narcotics, arrested drug-dealers and fight against crimes and trafficking.

The head of Turkish anti-drug police Ibrahim Haghi Saeeduglu said that according to the international reports, Iran has had a lot of success fighting drugs.

He said that due to the coronavirus outbreak, land and air borders of Turkey have been closed, most of the trafficking take place through the sea, and added due to measures taken by Iranian police, there has been a drop in transit of drugs to Turkey through Iran.