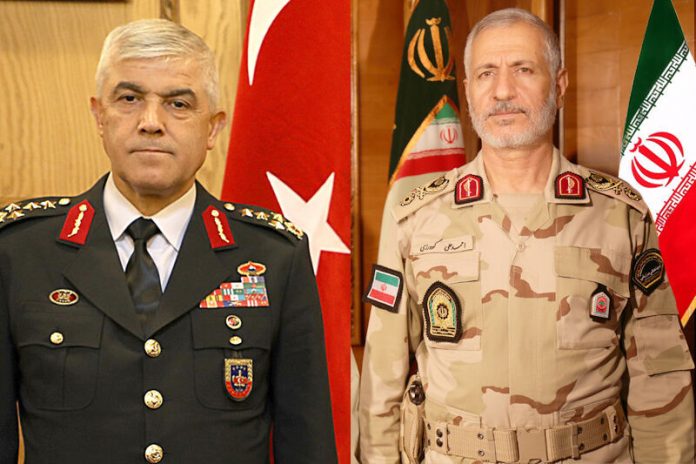 During the phone conversation, Chetin expressed hope that mutual coordination and cooperation would continue based on trust, according to a press release on the Iranian Police website.

He also said that he hoped interactions between border guards of Iran and Turkey would lead to a deepening of friendship and brotherhood between the two nations.

Emphasizing on the continuance of cooperation between Iran and Turkey on border issues, General Goodarzi, for his turn, said that this plays an important role in security and peace for the two nations.

He also urged the continuance of meetings between border guards of Iran and Turkey.

Iran and Turkey have 500 kilometers of common borders.