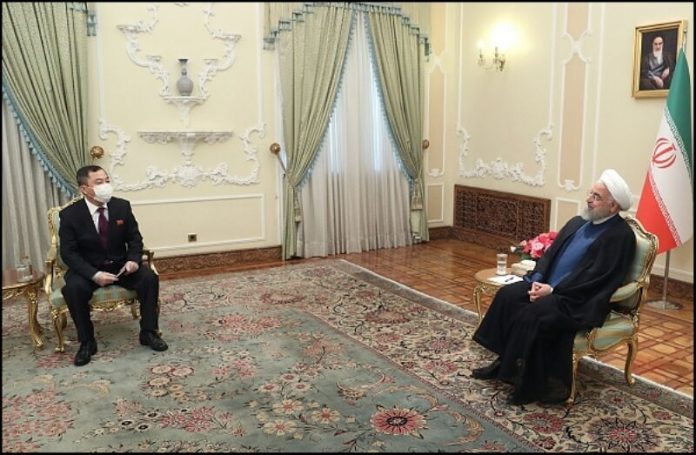 President Rouhani made the remarks while receiving a copy of the credentials of the new DPRK ambassador to Tehran Han Song Ou on Wednesday.

Referring to the friendly ties between the two countries since the 1979 Islamic Revolution in Iran, the Iranian president expressed hope that these ties and cooperation would improve.

President Rouhani said that the United States is the common foe of Iran and North Korea and has always been cruel to these nations, adding: “That’s why we must stand against their bullying even stronger than past.”

In the meeting, North Korea’s new ambassador to Tehran submitted a copy of his credentials to President Rouhani and said that fighting against US bullying and dominance is a common point in the ties between his country and Iran.