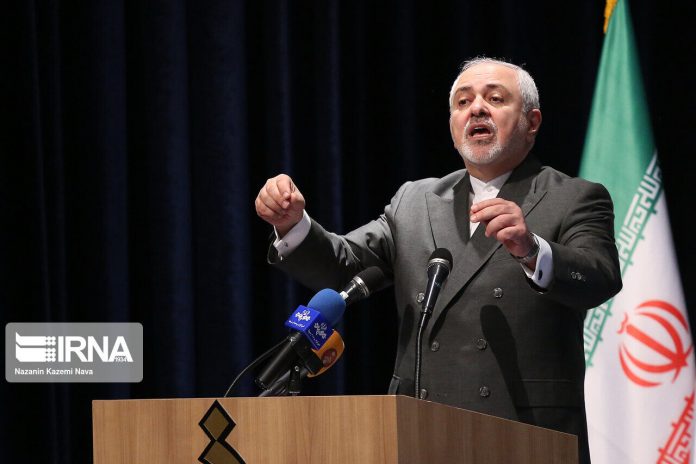 He said that Iranians never tried to take revenge after that barbaric bombing and this was recorded in history as an honor for Iranians that they don’t ignore their principles of human behavior to reciprocate brutality.

Zarif underlined that the United Nations inspected and reviewed for several times Iran’s concerns about Iraq’s use of chemical weapons, as well as Iraq’s claim that Iran, too, used them.

The UN concluded that Saddam Hussein’s regime was the only side that used chemical weapons and Iranian didn’t do so even as a tool of deterrence, according to Iran’s top diplomat.

The official also noted that Iran at the time voiced its concerns about Iraq’s use of chemical weapons to the international community, United Nations and the Security Council, but the world powers whose interest rested in supporting the aggressor regime of Iraq, remained silent.

The reports of Iraq’s use of chemical weapons were released one after another by the Security Council, but it never took action and never condemned Iraq even when they bombed Iranian cities and civil areas, as stated by Zarif.

Iran’s Foreign Minister also said that the United States still continues, as it did at that time, to claim that it is concerned about international regulations but at the same time hinder the supply of medicine for victims of those chemical attacks and other patients in Iran.

Zarif stressed that the US does not recognize human basics as it continued the same trend even during the current coronavirus pandemic, but Iran managed to fight the outbreak the same as it could overcome the chemical patients’ problem.