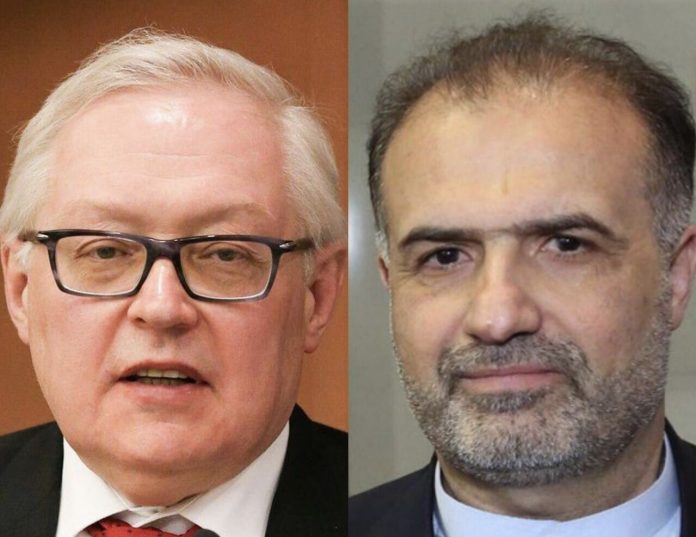 Bilateral and international issues, the most recent conditions of the Joint Comprehensive Plan of Action (JCPOA) and the UN Security Council Resolution 2231, as well as Iran’s cooperation with the International Atomic Energy Agency were discussed during the phone conversation of the two diplomats.

Jalali also had a phone conversation with Sergei Vershinin, another deputy of Russian foreign minister, about Syria and humanitarian aids to the war-torn country.

The two diplomats also focused on solving the Syrian issue based on the UNSC Resolution 2254.

Mutual, regional, and international issues were discussed on the phone call.

Iran, Russia and Turkey have a close relationship with each other in Astana Talks that try to solve the Syrian Crisis, which have so far resulted in defeat of the terrorist groups that were supported by the West and some regional Arab states, considerable decrease in violence, and return of numerous refugees to their homeland.