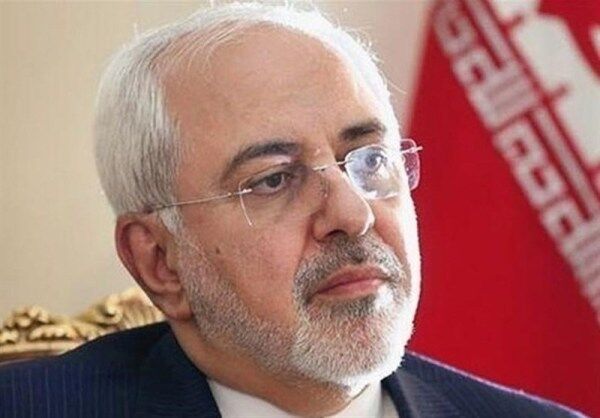 The Iranian Foreign Minister arrived in Moscow for face-to-face talks with his Russian counterpart Sergei Lavrov on Tuesday. The talks focused on the Joint Comprehensive Plan of Action, also known as the Iran nuclear deal signed in 2015, as well as bilateral ties and matters of regional and international significance.

Zarif also sat with Sputnik to discuss what steps Iran expects from Russia regarding the US arms embargo, as well as how to deal with the United States. The top diplomat also touched upon the issue of how the US has become a “rogue state” and why Saudi Arabia should “wake up”.

Asked about Iran’s expectations from Russia regarding the draft UN Security Council resolution the US recently sent Russia to extend the arms embargo on Iran, which the JCPOA had stipulated, Zarif said that as you know, even US allies haven’t accepted this project, considering it extremely dangerous.

In a five-page letter, Russia has expressed its position regarding this US step. The United States is a country that violated the JCPOA by withdrawing from the nuclear deal. They violated Resolution 2231. Therefore, the US is not in a position to talk about the JCPOA. Russia, Iran and China have similar positions on that, he added.

Responding to the question if there is a general strategy to counter this project, Zarif said that as three JCPOA members (Russia, Iran and China) are totally against these steps. Other parties to the nuclear agreement have also said that such steps are contrary to the JCPOA, that is, all current members of the nuclear deal have similar positions on this issue.

However, Russia, China and Iran don’t agree with the concerns and compromise proposals of some European parties to the JCPOA, since any step in this area would violate Resolution 2231, he added.

Asked about his recent tweet that the White House is occupied by a “lawless gang” led by a “bully”? Is there a way to overcome this “lawlessness”? Zarif said that the global community has concluded that the United States is a rather unreliable partner that is violating all legal norms and doesn’t abide by its obligations. This doesn’t work in the global system. What will work is focusing on the rule of law and multipolarity, regardless of any US pressure on the multipolar world system, since the behavior of the current US government goes against the interests of the global community and even the interests of the United States itself. Even the US population has decided that one cannot succeed in the medium to long term by violating the law.

Zarif said that the United States has certainly become a rogue and lawbreaker state. However, this country has significant banking capabilities and influence on the global banking system.

Nevertheless, an important result has been achieved: the global community is considering whether it is necessary to recognize the US power over the global banking system or whether there is a need to change it. “We are currently seeing some steps in this direction.”

Responding to the question what actions are taken to restore relations between Iran and Saudi Arabia? What results have you managed to achieve? he said, “We are ready to cooperate with Saudi Arabia as two Persian Gulf states. However, it seems that the Saudi authorities are more pursuing to starti a war (along) with the United States and benefitting from it.

However, over the past few months, the US has shown that it is not ready to get into a war in the interests of Saudi Arabia. The Saudis had better wake up, cheer up and engage in dialogue with those who are always with them in the region, instead of aiming their efforts at cooperating with Israel and the United States.

Asked about his relationship with Russian counterpart Sergey Lavrov that seems to be more than colleagues, Zarif said that that’s true. “Mr. Lavrov and I have been friends for almost 26 years now. We worked for our ministries’ international relations departments; we were ambassadors to the UN. We’ve been friends since Lavrov was Russia’s representative to the UN, and I was Iran’s Deputy Foreign Minister. We were friends then, and we are friends now as well. We have developed very good working relations and like-mindedness, which, of course, benefits our countries.