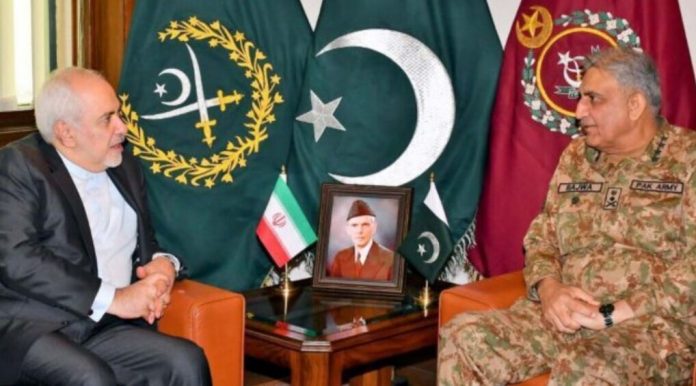 On arrival at the Army Headquarters in Rawalpindi the visiting dignitary was presented guard of honour and laid floral wreath at Yadgar-e-Shuhada to pay homage to martyrs.

After the ceremony, two high-ranking officials held talks on important issues, including the fight against terrorism, strengthening border cooperation, defense and expanding military relations between the two neighboring countries.

In this important meeting, the two sides also reviewed the latest security developments in the region, especially the situation in Afghanistan, and shared each other’s views.

Zarif and General Bajwa stressed the need to expand comprehensive cooperation between Iran and Pakistan, especially in the field of security and the protection of common borders, which is called the border of peace and friendship between the two countries.

The Foreign Minister of the Islamic Republic of Iran heading a political and economic delegation arrived in the capital Islamabad yesterday to consult with high-ranking Pakistani officials.