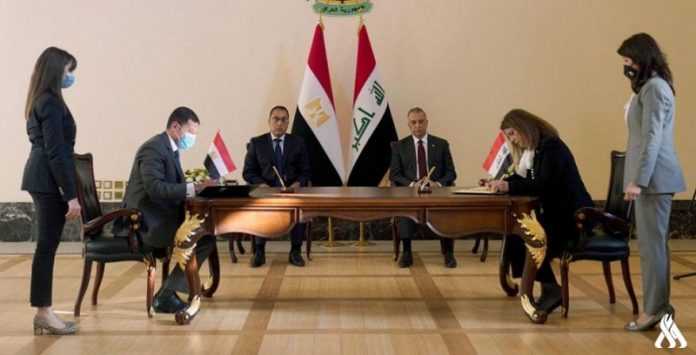 Baghdad (UNA-OIC) – Iraq and Egypt signed here on Saturday 15 memoranda of understanding and a program of cooperation in various fields, in the presence of Iraqi Prime Minister Mustafa Al-Kadhimi and his Egyptian counterpart Mostafa Madbouly.

In a statement carried by Iraqi News Agency (INA), the media office of the prime minister stated, said: “Iraq signed fifteen memoranda of understanding and a program of cooperation with Egypt in various fields, in an official ceremony that took place in the presence of Prime Minister Mustafa Al-Kadhimi and Egyptian Prime Minister Mustafa Madbouly, who co-signed the report of the Iraqi-Egyptian Joint Higher Committee.”