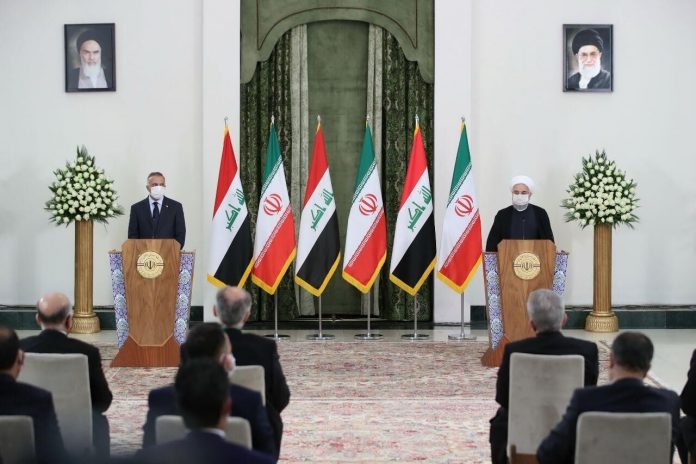 Speaking in a joint press conference with Iranian President Hassan Rouhani late on Tuesday, al-Kadhimi added that his visit is aimed at strengthening historic ties between the two countries at a time when challenges, including coronavirus pandemic and falling oil prices facing the region.

In the wake of such challenges, the two countries need coordination in such a way to ensure their interests, he said, noting that relations between Iran and Iraq are not only due to the geographical proximity of the two countries and the 1,450 kilometers of common border, but these historical, cultural and religious relations are deep-rooted and historic.

The Iraqi people are interested in excellent relations with the Islamic Republic of Iran based on the principle of non-interference in the internal affairs of the two countries.

Iran was one of the first countries to stand by Iraq on this path, and it will not forget this. That is why Iraq is standing alongside Iran to overcome economic challenges, and Iraq has become a major market for Iranian goods, he said.

Iraq will never allow any aggression and threat be posed against Iran from its soil, Iraqi premier said.

“We consider Iran a stable, powerful and prosperous country and this is a reality which is in the interest of Iraq and entire region,” he said, noting that Iraq should also be strong and stable to be able to serve as supporter for the neighbors and neighboring states in establishing peace and stability across the region.