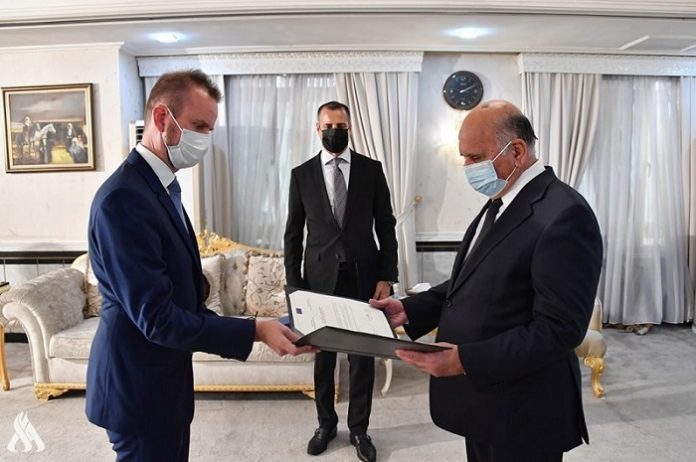 “Minister Fuad Hussein received a copy of the credentials of the European Union’s new ambassador to Iraq, Ville Varjola,” the Ministry of Foreign Affairs said in a statement received by the Iraqi News Agency (INA).

It noted that during the meeting, both sides discussed the progress of relations between Iraq and the EU, as well as ways to increase the volume of support and assistance to Iraq in eliminating the remnants of the terrorist ISIS groups.

“During the meeting, they emphasized the importance of activating the partnership agreement, memoranda of understanding signed between Iraq and the European Union, exchanging experiences, and supporting Iraq in the political, security, economic, and service fields,” the statement added.

The Foreign Ministry affirmed its readiness to provide all support for the success of the mission of the EU ambassador and the staff of the diplomatic mission in Baghdad.