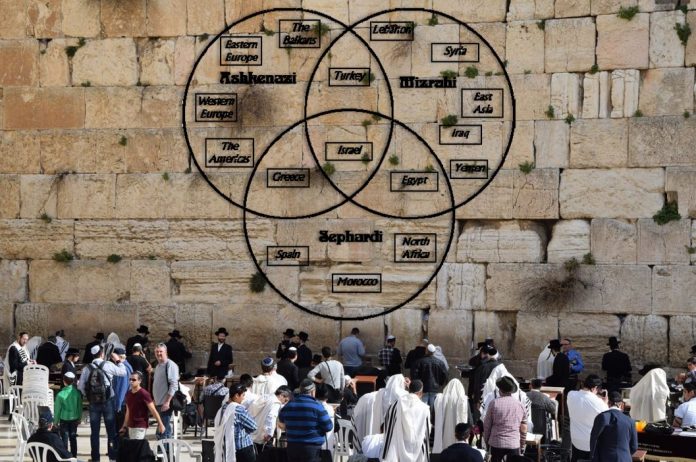 Zionism can never be a solution to the Jewish question. Instead, it has created many more problems for the Jewish people which Zionism has failed to solve. One of World Jewry’s fundamental problems is a form of mental illness which decreases the ability to understand reality. It could also include strange behavior and confused thinking. To illustrate the point, in the outside world, the welfare of Jewry depends on the maintenance of secular, non-racial, pluralistic societies. Within Israel, Jewry finds itself defending a society in which the ideal is racial discrimination and exclusionist. Double standards indeed.

In their attempts to defend this exceptionalism they have tried to fuse Zionist political power with Judaism.

In a recent article “Bridges for Peace South Africa”, the Anglican Church sort to clarify its theology by challenging this conflation of religion with political expediency by Zionism. The essence of the article raises the question: “Is Zionism Judaism?”. Not so, according to the resolution adopted by the Anglican Synod. The Anglican Church states that “the spiritual delegitimization of Israel is not a new phenomenon”.

On 26th September 2019, the Provincial Synod of the Anglican Church in South Africa unanimously approved a resolution to support the Boycott, Divestment and Sanction campaign (BDS) against Israel. This resolution they argue, provides clarity on the theological position of the Anglican Church concerning Israel by stating the following: (1). The current political “Nation-State” of Israel and Israel in the Bible should not be confused with each other. (2). Neither should the ideology of Zionism and the religion of Judaism be conflated. (3). Read in conjunction with the Kairos Palestine document mentioned in the resolution, Israel and the Jews are no longer a relevant part of God’s plan as they have been replaced by the Church.

God has always been silent while we humans are busy saying what we want in order to justify our assertions. What the Zionists have exacted upon their Palestinian brothers cannot be justified in the name of God; it can only be explained as human folly. God has no part in it, for He is the God of justice, and He loves all His creation without discrimination. The notion of “the chosen people” is much misunderstood by the Zionists. All the racism in the world today usually traces its roots to this Biblical concept. South African Apartheid, for example, was also justified by the same verses.

Abraham the patriarch, of course, was neither Jewish nor Arab. He came from Mesopotamia, a region where present-day Iraq is located. A careful examination of the so-called Abrahamic covenant story in the Bible’s book of Genesis, Chapters 12-17, reveals that it contains several separate elements or episodes taken from various independent traditions and woven together by the Yahwist into a continuous narrative of the life of Abraham from his call until his death. The following are the elements referred to:

In other words, the so-called covenant of Abraham cannot be relied upon as being authentic. It’s a tradition that can be contested like many others in the Bible.

For the sake of clarity, it must be remembered that the talk of an Eretz Yisrael was articulated by Zionism, a man-made political, secular ideology which believes that Jews need a state and a land like other people to protect them from anti-Semitism in Europe; that Jews should be able to live as a whole and free people engaged in the full range of human activity. The fathers of political Zionism declared eventually (it was not a unanimous decision) that the land in question should be Palestine, the ancient land of the Children of Israel (Israel being the name of Jacob). A few religious Zionists insisted on this. For most, the appeal was that this was the location of the Jews as free people thousands of years ago.

Let us be reminded that the founding fathers of Zionism were atheists, to begin with. It is quite clear that when it is convenient they are believers and when not they are non-believers.

It is well documented that even the Vatican opposes the Zionist claim to all of the Holy Land. This opposition is moral and humanitarian-based on the desecration of Palestinian human rights, the grief and misery endured by the Palestinians and the Gospel ethic of love, compassion and kindness. Pope Pius X was frank in his theological rejection of Zionist rule in historic Palestine.

I agree with and support the resolution passed by the Anglican Church Synod and hereby declare that the “Jews living in Israel today are the geopolitical Jews. They are not the spiritual Jews that some Zionist Biblical interpreters purport to be.