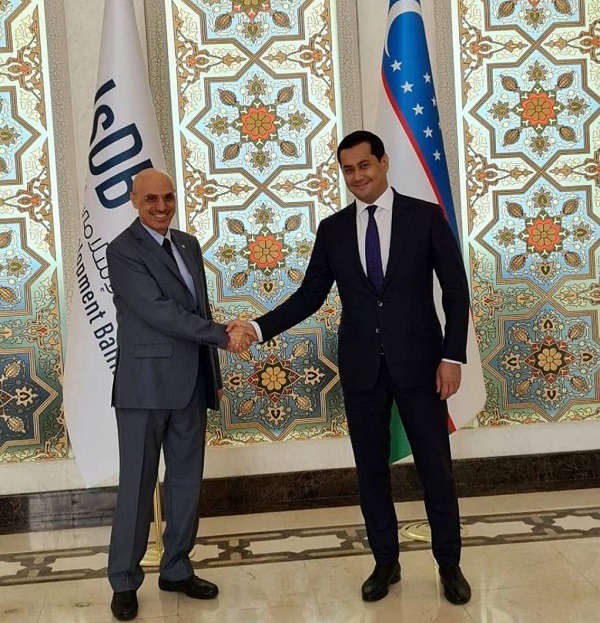 Tashkent (UNA-OIC) – President of the Islamic Development Bank (IsDB) Dr. Muhammad Al-Jasser met with Minister of Investments and Foreign Trade of Uzbekistan Sardor Umurzakov, Chairman of the IsDB Board of Governors.

The meeting, which was held on the sidelines of the 46th IsDB Group Annual Meeting scheduled for 3-4 September in Uzbekistan’s capital Tashkent, focused on the expansion of development cooperation between the two sides.

Al-Jasser thanked Uzbekistan’s President Shavkat Mirziyoyev for the initiative to organize and host the 46th IsDB Group Annual Meeting. He also expressed gratitude to the Uzbek Minister of Investment and Foreign Trade for the excellent preparation for this meeting.