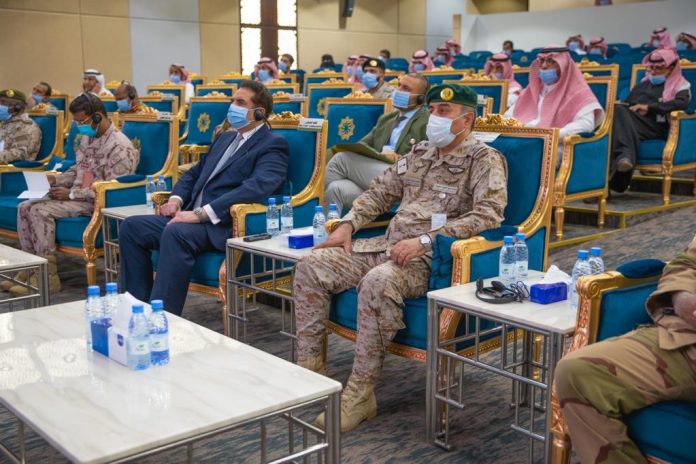 Dr. Mustapha Abdallah, a researcher at the Kofi Annan International Peacekeeping Training Center in Ghana, participated in the seminar, which was administered by managed by Dr. Mansour bin Saeed Al-Qarni, Director of the Intellectual Department at the Alliance Center, in the presence of the Secretary-General of the Islamic Military Coalition to Combat Terrorism, Major General / Pilot P.S.C / Mohammed bin Saeed al-Moghdi, representatives of member states, and members of the coalition.

Dr. Mustafa Abdullah addressed the dimensions of local development and its role in promoting social peace in West Africa. He also touched on development and violent extremism among the risks and future challenges it faces.