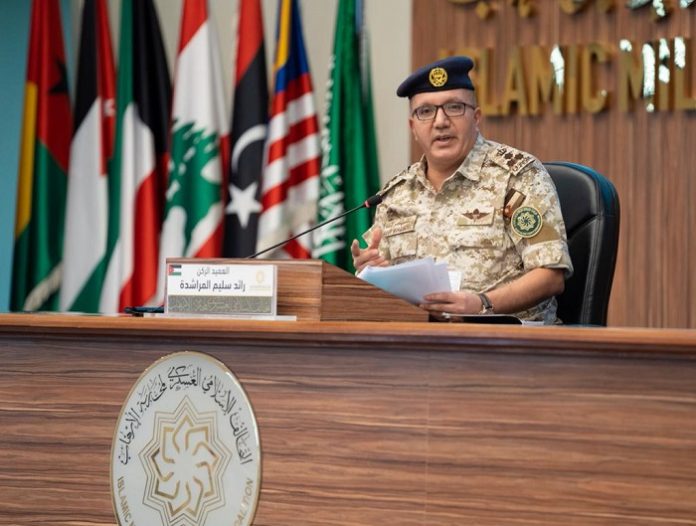 The presentation was delivered by Brig. Gen. Raid Salim Al-Marashda, delegate of Jordan to the Islamic coalition, in the presence of IMCTC Acting Secretary-General Maj. Gen. Mohammed bin Saeed Al-Moghedi, delegates of member countries and the coalition personnel.

During the presentation, Al-Marashda highlighted the concept of proxy war and its mechanisms, as well as its military, political and economic dimensions, and the most important means, tools and features that are used in proxy wars.

He also reviewed the mechanisms and strategies of countries in their use of proxy war methods and ways of prevention, linking the dimensions of this concept – proxy warfare – with the IMCTCs four domains of action (intellectual, media, combating terrorism financing, and military).

The event is part of a series of counterterrorism oriented symposia, presentations and seminars held regularly by IMCTC, in furtherance of its counterterrorism efforts in the key four domains of action.