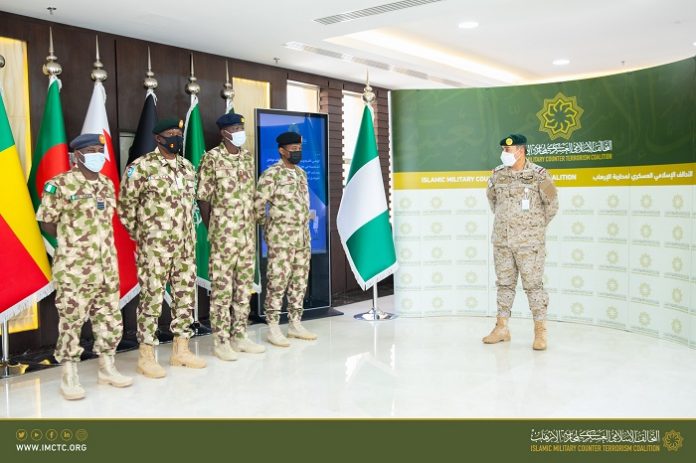 Riyadh (UNA-OIC) – The Islamic Military Counter Terrorism Coalition (IMCTC) received, at its headquarters in Riyadh on Monday, the delegates of the Federal Republic of Nigeria, who joined the rest of IMCTC member countries’ delegates, bringing the number of countries that sent their delegates to 26 countries.

Acting IMCTC Secretary-General Maj. Gen. Mohammed bin Saeed Al-Moghedi noted the great role assigned to them to serve the Coalition and its initiatives in the various fields of combating terrorism.

It is worth noting that IMCTC comprises 41 member countries working together to coordinate and intensify their efforts in the global war against violent extremism, terrorism and joining other international efforts aimed at preserving international peace and security.