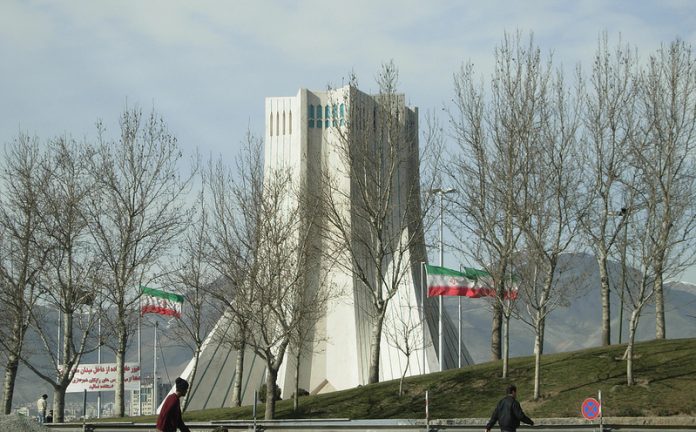 “The US must prevent ‘slow-motion genocide’ of Palestinians.”

Israel is carrying out a “slow-motion genocide” of the Palestinian nation and the onus is upon the world community particularly on the US to take concrete steps to prevent it, according to a political analyst.

As we approach the international Quds Day, international law expert and journalist Edward Corrigan, who is based in Canada, said more efforts were needed to stop Israeli crimes against the Palestinians.

He told Press TV that a range of actions needed to be done to prevent Tel Aviv from succeeding in carrying out its devious plan to eliminate the Palestinians.

International Quds Day ceremonies, which are held each year on the last Friday of the Muslim holy fasting month of Ramadan, aims to promote the cause of Palestine and pave the way for the restoration of the internationally-recognized inalienable rights of the Palestinians.

Prominent Palestinian figures based in Gaza reiterate the importance of the International Quds Day.

Corrigan noted that this year was the 40th anniversary of Al-Quds Day.

He said that Ayatollah Khomeini (the late founder of the Islamic Republic) designated the last Friday in the month of Ramadan as International Quds Day “back in like 1980 after the Islamic Revolution overthrew the Shah of Iran.”

He said the city of Jerusalem al-Quds was a target due to its great significance.

“Jerusalem is very important from a historical and religious point of view to the Jewish community, to the Christian community and of course to the Muslim community, but it’s also more than that it was the capital of historic Palestine,” he said.

He insisted that Muslims needed to form a united front and take concrete actions against the Israeli regime backed by US President Donald Trump.

“The fact that Trump has moved the American Embassy to Jerusalem, which is contradicting many years of American government foreign policy, not recognizing the situation of Jerusalem until it’s resolved between the Palestinians and the Zionist Jews,” he said.

“So, this would be an example for, and a symbol, but also for unity among the Islamic and Arab nations to actually stand up and do something concrete for to support the rights of the Palestinians to Jerusalem, and the Jerusalem not be an exclusively Jewish city, but a city that represents not only the Jews, but the Christians and Muslims and other people, and in particular the Palestinians,” he said.

“And, if they were to boycott the Americans, not buy arms from them, have trade sanctions, to a bunch of other things it would produce results.

The Americans like to throw their weight around,” he said.

“Words by themselves have no effect. But the symbol and the protests and other things are good to a point, but unless you have concrete actions behind them nothing will really happen and the Americans, Trump and Pompeo and the neocons want to ram their own views down the throats not only of the Palestinians but the Arab world and the entire Islamic world, saying that they have no rights, Israel has total control of Jerusalem. Israel can annex land in the West Bank, in the Jordan Valley,” he said.

“Basically they’re talking about the eradication of the Palestinians as a social, political and cultural entity,” he said.

“Now this is slow-motion genocide really. But it’s an important day for the Islamic world, but also for the Arab world and people tend to forget that there are Arab Christians, in fact, there are Jewish Arabs as well. The Arab world is not strictly a religious definition it’s one that encompasses the three main religions plus people who are of other religions or no religion at all,” he said.

“So it’s a secular national identity to Palestinian or for that matter for the Arabs. But Israel is a Jewish state and it’s an exclusionary state based upon either ethnocratic or racial or theocratic basis that sets up superior rights for Jews, but no rights for Christians and Muslims and particularly the Palestinians which they are targeting for basic elimination,” he added.

“So it’s an important symbol for the Islamic world, the Arab world, even the Palestinians have to take the next step and do something concrete in economic terms, in political terms,” he said.

“So, if every Islamic State were to break off relations with the United States, not buy weapons from them, not engage in economic commerce with them.” it would have a profound effect.

“So sanctions and resolutions at the General Assembly or even Security Council are going to have no impact on the Americans or ultimately on the Israelis, but if they put some sort of meat to it, take some real actions that will do something, it would shift the political equation in favor of the Palestinians and would punish the Americans for their brazen disregard for Palestinian human rights, for the rights of the Christian Arab community and Christians in Jerusalem, and, of course, the Islamic community itself,” he said.

“So this is an important symbol initiated by Iran, Ayatollah Khomeini, but it needs to be more concrete in its actions, and not just symbolic or verbal in its effect,” he noted.