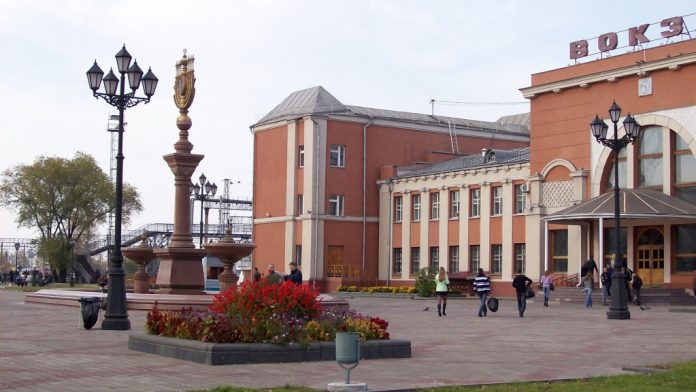 Reading Yakov M. Rabkin’s What is Modern Israel  (2016), you can only marvel that Israel continues to exist at all, given its unending criminal behaviour, from the 1920s, while it was still just a dream, until the present, the only change being in the details, the full scale wars of expansion giving way to smaller scale invasions of occupied territories and Gaza (there’s no more land to conquer), and ever new bureaucratic torture techniques intended to drive the Palestinians either crazy or into voluntary exile. Even the latter, a soft version of the 1948 ethnic cleansing, is made difficult, as the Palestinians can only leave via Jordan, at the mercy of Israel. Why does the world, especially the US, which could bring Israel to heel overnight, let the horror continue?

Rabkin delves deep into the Russian Yiddish roots of Israel and brings together many startling facts which suggest that there was a much better option for Palestine and the Jews, one which was scuttled by secular Jewish fanatics inspired by their experiences before and after the Russian revolution. What is Modern Israel is packed with fascinating quotes and historical tidbits. Some of Rabkin’s insights from his book and a podcast interview:

Ben Gurion wrote an ode to Lenin, and Begin was an NKVD agent. Israel is a Russian/ communist Jewish creation, despite the fact that once Soviet military aid was no longer necessary, Israel dropped its intimate links with the Soviet Union. (Eat crow, Stalin). All the prime ministers have been Russian. They despise the Mizrahi Arab Jews (let alone the Arab Muslims).

Rabkin could have gone a step farther to see how other news states being born in 1948 were fairing. The partition of the Raj into India Pakistan in 1947 was one of the worst nightmares of the 20th century, thanks to the British. Instead of one (socialist) secular state, Britain relied on a Machiavellian ‘divide and conquer’ to scuttle any socialism and to keep the two warring states beholden to it. Indefinitely, as it turns out. And the permanent state of war between India and Pakistan led directly to the US meddling that gave rise to al-Qaeda and now ISIS.

Yugoslavia, like Israel in 1948, broke ties with Stalin, both for their national independence and independent building of socialism. Both paths were supported by the US as keystones to its Cold War Great Game strategy, but they quickly diverged. Yugoslavia distanced itself from the US and made peace with the reformist Khrushchev, staying true to its socialist principles. Israel increasingly abandoned the romance of communism, symbolized by the kibbutz, embedding itself in the US-dominated imperial order as the enemy of socialism.

Yugoslavia was genuinely socialist, which meant a non-racist society, where the formerly hostile Slavs, Croats et al lived in peace, integrating as a society in economic and social terms, while maintaining their ethnic identities. When the socialist bloc collapsed, Yugoslavia descended into civil war. Israel’s ethnic time bomb still ticks, but can’t avoid a collapsed at some point, its blatant racist identity ensuring it will never be fully accepted by the rest of the world.

Yes, Israel was a creation of the British imperial strategists in the 19th–20th centuries. But the way Israel looks is much more Russian-Soviet than British, even as the kibbutzim disappear. Israel is a wolf in sheep’s clothing and awaits some kind of Yugoslav denouement. This warning forces the world to push Israel to avoid the Yugoslav scenario, and agree to a sensible resolution in line with the international order.

Soviet Jews who came en masse after 1990 easily assimilated in Israel because of their acceptance of the state of Israel as largely secular, and much like other western states. They were used to a state with a heavy hand and not much opposed to treating the ‘brown’ natives as second class. They were white and brought their secular racism with them. I argue that the Soviet Jews were a mixed blessing to Israel, bringing many who were not even Jews and in any case far more interested in going to the US/ Canada, opting for an Israeli passport merely as a way out.

In fairness to the Soviet Union, ‘browns’ were treated equally with ‘whites’, the latter including Jews. In fact, this was resented by those lurking ‘white’ Russian racists, who saw/see themselves as superior. The weak racism of Soviet life was not anti-Jewish (until Israel fomented unrest and pressured the West to push the Soviet Union to allow its Jews to emigrate). On the contrary, the subtle racism of Jews as the ‘chosen people’, a tribe unto itself, is in line with traditional white racism and accounts today for the extreme racism that Muslims encounter in Israel today, as well as Israel’s flirtation with the European neo-fascists.

Rabkin recounts how diaspora Jews prefer not to know much about Israeli life, preferring to just support Israel blindly as the ‘Jewish state’. This also has a Soviet parallel, with foreign socialists visiting the Soviet Union from the 1920s onward, seeing it through a rose-tinted lens, oblivious to the terror of Stalinist society. One might call this the Potemkin or the George Bernard Shaw syndrome, as he visited Moscow in the 1930s during the height of the repression, and saw a Potemkin village Soviet Union.

Rabkin calls this seeing a ‘virtual Israel’, as foreign Jews are regularly invited on junkets carefully shepherded by Israel tour guides, seeing only the nice Israel, coming back and reporting how the Israelis (don’t use ‘Jews’) ‘made the desert bloom.’ At a conference at Ben Gurion University of the Negev, an American participant asked Rabkin, ‘Where is Negev?’

My own version of this Potemkin syndrome is a young Jewish friend who went to visit Israel last year for 10 days. When he returned, I asked him, ‘So tell me about the wall.’ He replied, ‘What wall? the only wall I saw was a low wire fence on the border of Lebanon. His Israeli friends were not interested in politics. They refused to talk about their military service, much like American soldiers returning from stints in Afghanistan or Iraq. Even otherwise politically correct Jewish Canadians still find Israel kind of neat – illicit, titillating, something to be proud of and ashamed of at the same time. A poisonous dual nationality, with or without the extra passport.

There are more and more Jewish Canadians who are fed up with Israel’s flagrant violations of international law, of human rights, but most are still afraid to speak out, though this is changing. On the other hand, opinion polls show Russians as the most pro-Israel (25%, tied with Canadians) after Nigeria, the US and Kenya (54%, 50%, 45%).*** Moscow has the largest Israeli expatriate community in the world, with 80,000 Israeli citizens. There are 60 flights a week between Tel Aviv and Moscow, and visa-free travel. Russian media coverage is by Russian Israelis and is naturally pro-Israeli. Israel’s military power and its Russian character play to Russian chauvinism. Over 400,000 Orthodox pilgrims from Russia visited Israel in 2015-2016. Russia is Israel’s main supplier of oil.

Writing about Canada and Israel means focusing as much on the way the natives in both countries fared, how they interacted with the colonial occupiers/ settlers. While historians have been sifting through the rubble of Palestine-Israel for years, there are many gaps in Canadian history, and the shocking treatment of natives continues to come to light decades after it was the norm and done with impunity. Unlike Canada’s theft of land in the 19th century, Israel’s theft of land and invasions of Gaza and Lebanon make world headlines, though they are still done with impunity.

This impunity, despite the headlines, is because of the power that world Jewry wields, both in the media and in the halls of governments through the Jewish-Israeli lobbies and government officials. The conflation of Jewish and Israeli was achieved after the creation of Israel as the ‘home of all Jews’ and cemented by the 1960s, when Jewish criticism of Israel largely was silenced, and world Jews accepted that their real homeland was not where they lived, but in Israel. This contrasts with the case of regular colonies, like Canada.

The Zionists actually like the hostility of westerners towards Jews that results from this conflation of Jew and Israel, as it either encourages aliyah to Israel, and/or is ‘proof’ that anti-Jewish sentiment is endemic and that Israel is a safe haven. Win-win.

Arab Palestinians wanted full independence from Britain like other Arab states after WWII, something that Canadian natives could not aspire to, given their much weaker position with respect to the colonizers. Religious Jews such as Rabbi Amram Blau (1894–1974), who founded Neturei Karta in 1937, also advocated that “political control of the Holy Land must be handed over to the Palestinians, that Jewish life would be better protected under Arab control than in the Zionist state.” He argued that Palestinian rule would be no worse than other non-Jewish regimes, ‘in Switzerland or America, for instance.’ ****

But the Jewish invasion from the 1930s onwards has put the Muslims in much the same perilous state as Canada’s natives. Today, Canadians are trying to ‘decolonize’, acknowledging their genocidal treatment of natives, and finally making amends, however little and late. This gives hope to Israel’s natives, who are being treated much like Canadian natives in the 19th century, subject to outright racism, violence, open theft of land, and no ‘right of return’. But, as in Canada, the doors are open to (white) immigrants to steal more native lands.

Rabkin clarifies Israel as a Russian/ Soviet creation, despite it being, in fact, a British/ American outpost for imperialism.  The two origins are a toxic brew. But there is a sea change taking place in the world’s understanding of Israel-Palestine, pushing it towards Canada’s (the world’s) multiculturalism, even as the ironies of history confound the imagination.