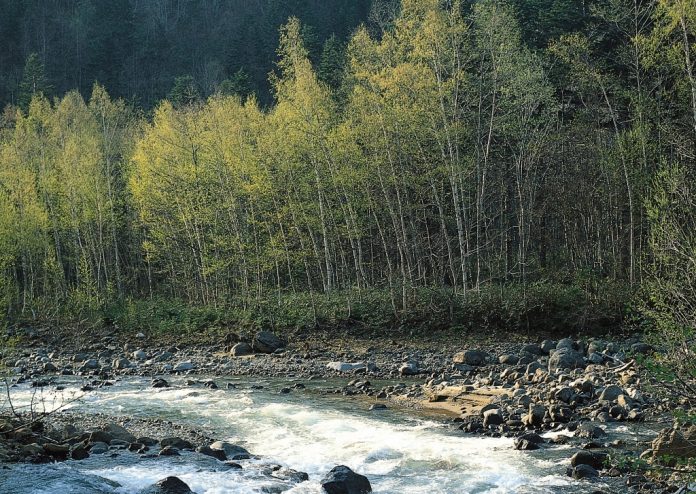 You asked me to comment on the letter of Ali Abunimah and Hussein Ibish. They spoke against what they feared might be my anti- Semitism. I am certainly pleased with their principled stand. As a Jew and a man, I salute them. Any irrational aversion to Jews should be certainly eradicated and condemned. While saluting their good intentions, I consider their judgment to be somewhat premature. It is based on my Easter greetings (Take Two, http://shamir.mediamonitors.net/april152001.html) which they failed to understand. Christopher Bollyn of The SPOTLIGHT stated it well. He wrote:

“I realize that neither of you are probably deeply immersed in Christianity, but you must understand that Shamir .compares the Israelis, Jews, and Americans to spectators of an execution that they can do something to prevent.

“I say to you, each one of us has to see oneself as is he personally stands on Via Dolorosa, and decides, whether the execution will be carried out. If we keep our mouth shut, we deserve to be called ‘Christ killers’. If we stop it, we shall change history. The sins of the past, scarlet as blood, will become white as snow,” Shamir wrote.

He is demanding that Jews, Israelis, and Americans do something to prevent the bloodbath that is occurring in Palestine as we speak.”

I perceive the excitement of Mr. Abunimah and Mr Ibish could be generously explained away by their relative innocence of theology and history. They even put the exclamation mark of ‘sic’ after my words, failing to recognize the quotation from the prophets (scarlet sins and white snow) which is a part of Yom Kippur liturgy. They are not attuned to read what I wrote.

Anyway, Ali Abunimah and Hussein Ibish are entitled to their opinions. Their concern for the purity of the Palestinian banner meets my approval. However, my appreciation of their position is slightly diminished by some additional facts. The present accusatory letter is not the first, nor the second they composed in connection with my humble self. In their previous letters, the accusation of anti-Semitism was absent, but they called me alternatively a Mossad agent, a pursuer of Arab money, and even a false pretender to the high rank of an Israeli Russian journalist and a Vesti columnist. Such insistence combined with inconsistence makes one wonder if their goals were limited to fighting anti-Jewish prejudice. If I were a suspicious man, I would probably suspect their motives.

But I am ready to give Ali Abunimah and Hussein Ibish full benefit of any doubt. It is probable that they were motivated not by spite and envy, not by a fear of competition or of ‘rocking the boat’, not by working in cahoots with the Jewish lobby, but by nobler feelings. They remind me of the young police officer in this period piece movie, LA Confidential, who tries to arrest a blond Lana Turner look-alike, and proclaims: “a hooker who looks like Lana Turner is still a hooker, not Lana Turner.” His colleague stops him: “she IS Lana Turner!” The kid made a silly mistake.

In plain words, I do not pretend to be a friend of Palestine: I am a friend of Palestine. I am quite used to this sort of accusations, they are the professional hazard for whoever is engaged in the struggle. A fainthearted man should fight for the well-being of whales, as it is a noble cause that brings no flak.

Now I shall refer to other concerns raised by Ali Abunimah and Hussein Ibish. As for my alleged comparison of the Jews with ‘virus’, I quote the lines of Ellen Cantarow, who was present at the talk.

“I do want to stress that the comment about “viruses” cited by Ali in his letter was taken out of context. I was there; I heard the talk. This is NOT what Shamir said. Which makes me feel that THE JERUSALEM POST reference should be looked up in context. I do not feel it wise, when one has not read the entirety of a text, especially in a controversy like this one, to fan the flames by circulating partial statements. For those on the limited list to whom I send this note, in the Tufts talk Shamir referred to the movie “Matrix,” with its references to “organic” “mammals” and to predatory viruses. He then said that the original Palestinian population had an “organic” relation to the land in Palestine, whereas the European-Jewish immigrants and colonists did not, and in their consequent actions, expelling the original inhabitants, destroying villages with beautiful architecture, etc., could be compared to the “viruses” in “Matrix.” I find this in perfect keeping with his “Dulcinea” essay and other pieces”.

I would add to it, that in my opinion every man, Jew or Gentile, can choose whether to behave like a virus or like a mammal, or even as a vulture. It is actually an idea deeply rooted in the Zionist discourse of Hertzl and Borochov, who wished to reconnect Jews and soil as the means of rejuvenation of the Jewish people. In my opinion, it failed because the settlers did not connect to the native inhabitants of the land.

Let us move on to the blood-libel accusation in the Jerusalem Post, repeated by Ali Abunima and Hussein Ibish. This Conrad Black newspaper wrote: “One of NIF’s beneficiaries is the Israel- Palestine Friendship Center in Tel Aviv. The center promotes the Palestinians’ ‘right of return’ to their pre-1948 homes. Two weeks ago, Russian-language journalist Israel Shamir told a largely Jewish audience: ‘Jews only exist to drip the blood of Palestinian children into their matzas.’ No one protested.”

It is obviously rubbish. I certainly did not say the words they attribute to me. Have no doubt, the nice middle-class Jewish audience in Tel Aviv, where the misquoted talk was given, would protest such silly stuff instead of pouring their love on the speaker. The purpose of the JP allegation was to smear these wonderful people, who work very hard on charity lines to feed the hungry and clothe the needy in the besieged villages. It is to be regretted that Ali Abunimah and Hussein Ibish were deceived by the right-wingers’ blood libel against Israeli supporters of Palestinian rights.

As for the blown out of proportion question of whether I write for Vesti, one answer was given by the brilliant columnist of a Jerusalem newspaper, Kol Ha’ir, Haim Baram. He wrote: “Who cares if Mr Shamir writes in Vesti or not? His articles are interesting and his approach non-conformist. Somehow, I don’t really believe that you were out to vindicate Shamir, but rather to discredit him. I reject your dubious endeavor (on behalf of the fascist settlers?) with utter contempt.”

Just for the sake of clarity I may add that I was asked to discontinue my regular column CONTRA in the Vesti newspaper after the Rape of Dulcinea was published, at the request of a certain American Jewish journalist attached to the staff of JP. It is a loss of income and of means to access my Russian Israeli audience, but I can bear it without regret.

What I do regret that at the time Sharon is bombing Lebanon and re-conquering Gaza I have to waste the much needed time of myself and of you on such silly accusations. I thank all of you who wrote me letters of support. Now enough of this stuff, I shall not refer to it any more and I ask you to refrain from writing more to me on this subject. Let us concentrate on the question of Palestine.

As a Russian poet wrote about a pilot arrested by Stalin after he returned to Russia from the Civil war in Spain, “The insult hurts, but it is not the issue: let my destiny befall me, it is the destiny of mankind I am worried about.”