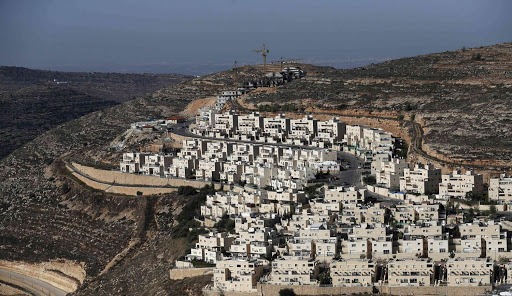 Bethlehem (UNA-OIC) – Israeli occupation authorities approved on Saturday a plan aiming to seize dozens of dunams of Palestinian land in the occupied West Bank province of Bethlehem, according to Hasan Brejiyeh, director of the Wall and Colonization Resistance office in Bethlehem.

Brejiyeh told WAFA that the Israeli occupation authorities ordered the confiscation of large tracts of Palestinian-owned land outside the illegal settlement of Bitar Illit in favor of colonial settlement construction and expansion. He said the land to be confiscated will be used for opening settler-only roads and building new housing units for the colonial Israeli settler population.

There are over 700,000 colonial Israeli settlers living in Jewish-only settlements across the West Bank in violation of international law, particularly the Fourth Geneva Convention which expressly bans the relocation of the occupying nation’s civilian population to the land of the occupied.

According to Israeli rights group B’Tselem, Israel has used a complex legal and bureaucratic mechanism to take control of more Palestinian land in the West Bank.