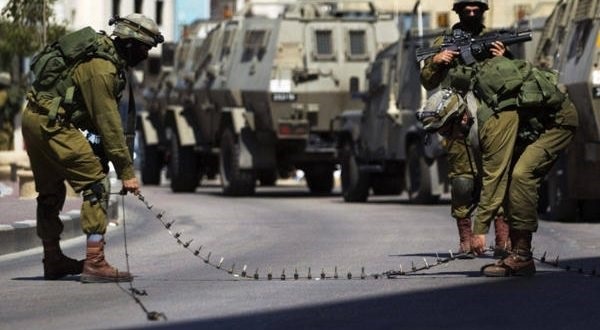 Nablus (UNA-OIC) – Israeli forces on Sunday evening sealed off the entrance of Beita town, south of the northern West Bank city of Nablus, according to local sources.

The closure of the town came just two days after Israeli forces cracked down on a peaceful rally in the town, injuring some 113 Palestinians.

The villagers in Beita, Yatma and Qabalan towns, all south of Nablus, have been holding weekly Friday rallies in protest of the construction of a new colonial settlement atop Jabal Sbeih (Sbeih Mountain).

The nonviolent rally was called for after a group of Israeli settlers set up over 20 mobile homes or caravans atop the mount as a prelude for taking over the complete mount and establishing a colonial outpost.

The number of settlers living in Jewish-only colonial settlements across occupied East Jerusalem and the West Bank in violation of international law has jumped to over 700,000 and colonial settlement expansion has tripled since the signing of the Oslo Accords in 1993.

Israel’s nation-state law, passed in July 2018, enshrines Jewish supremacy, and states that building and strengthening the colonial settlements is a “national interest.”

Closures besides other measures, taken under the guise of security, are intended to entrench Israel’s 51-year-old military occupation of the West Bank and its settler-colonial project which it enforces with routine and frequently deadly violence against Palestinians.