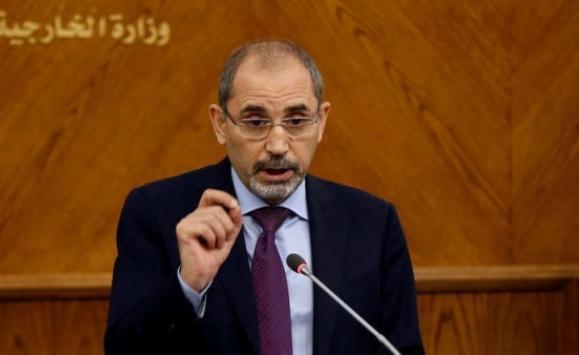 Amman, (UNA-OIC) – Jordanian Deputy Prime Minister and Minister of Foreign Affairs and Expatriates, Ayman Safadi, stressed that Israel should halt all its procedures that undermine peace opportunities on the basis of the two-state solution which embodies the independent Palestinian state on June 4, 1967 lines with East Jerusalem as its capital, in order to live in peace side by side with Israel in accordance with the international law and the Arab peace initiative.

Safadi made his remarks as he met with his Israeli counterpart Gabi Ashkenazi at the King Hussein Bridge border crossing on Thursday.

During the meeting, Safadi called for halting all provocations in the Al-Aqsa Mosque/ Al-Haram Al-Sharif in occupied Jerusalem, and preserving the legal and historical status quo in the holy city, urging Israel to honor its commitments as the occupying power.

Based on the Hashemite custodianship of the holy places, Jordan will pursue its role of safeguarding Islamic and Christian holy sites in Jerusalem, Safadi highlighted.

The two top diplomats discussed a number of pending issues between the two countries, including water, lifting restrictions on Jordanian exports to the West Bank, enabling Jordan to provide the Palestinian National Authority with additional amounts of electric power, and regulating movement through the crossings in light of their closure due to the novel coronavirus.