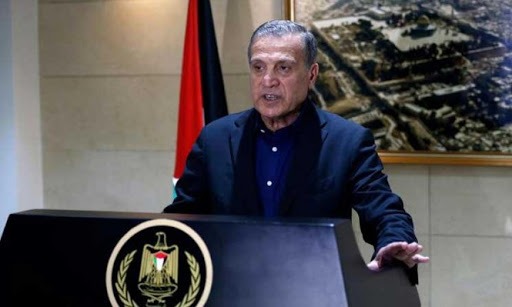 Ramallah (UNA-OIC) – The Israeli settlement activities anywhere in the occupied Palestinian territories are illegal and unacceptable and the US administration is requested to take a clear stance on them, Palestinian Presidential spokesman Nabil Abu Rudeineh said Wednesday.

He stressed that Israeli government attempts to mislead the international public opinion on settlements are doomed to fail and would fool no one, particularly that colonial settlement construction and annexation are proceeding unabated in clear defiance of the policy of the US administration, which should take steps to translate its condemnations of settlement activity into concrete steps.

Abu Rudeineh condemned the plan to construct a new colonial settlement in the former Jerusalem international airport built during the British Mandate. He stressed that the settlement plan is dangerous and further escalates the situation in the region as it constitutes an infringement upon a symbol of the sovereignty of the State of Palestine recognized by the United Nations General Assembly in 2021.

“By passing the United Nations Security Council Resolution 2334 in December 2016, the international community has unanimously condemned Israeli colonial settlement construction and explicitly rejected all forms of settlement advanced by the Israeli occupation authorities as a means to impose the policy of fait accompli, whether in the occupied city of Jerusalem or the rest of the occupied Palestinian territories,” he added.

The spokesman emphasized that peace and security can be only achieved not by proceeding with the colonial settlement construction and annexation policy, but by recognizing the legitimate rights of the Palestinian people while reiterating that the Palestinian leadership would take the appropriate decisions to defend the Palestinian rights.