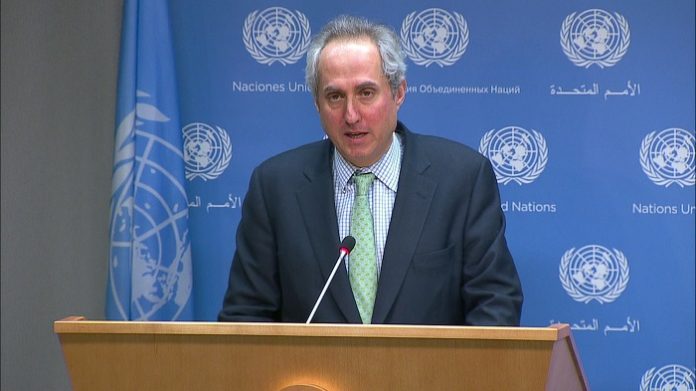 New York (UNA-OIC) – The United Nations together with Turkey, and Qatar, announced on Tuesday that a high-level conference aimed at ending decades of conflict in Afghanistan will go ahead beginning on 24 April, bringing together representatives of both the Afghan Government and the Taliban.

The talks are due to run through 4 May, known officially as the Istanbul Conference on the Afghan Peace Process, and the co-conveners said they were committed to supporting a “sovereign, independent and unified Afghanistan”.

The “overriding objective” is to “accelerate the ongoing intra-Afghan negotiations”, which have been taking place since early this year in the Qatari capital, Doha – the outcome of an agreement between the Taliban and the United States in February last year.

In a tweet, the United Nations Assistance Mission in Afghanistan (UNAMA), described the conference as an “important opportunity to really put in place a concrete plan, to end the war”, welcoming the initiative.

“The conference will focus on helping the negotiating parties reach a new set of shared, foundational principles that reflect an agreed vision for a future Afghanistan, a roadmap to a future political settlement and, of course, an end to the conflict,” said UN Spokesperson Stéphane Dujarric, at the regular noon briefing.

“The co-conveners said that their expectation is that the conference will provide an important opportunity for all parties to reiterate support for the people of Afghanistan on their path toward an inclusive peace, stability, and prosperity,” he added.