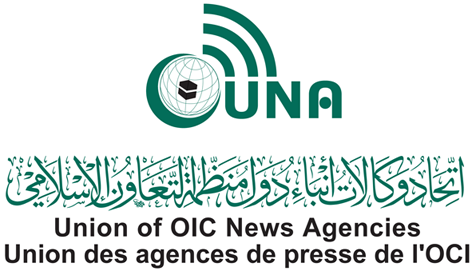 Riyadh (UNA-OIC) — Kingdom of Saudi Arabia – 26 August 2021: Saudi Research & Media Group (SRMG), leading integrated publishing company in the Middle East that owns more than 30 major media outlets, today announced a content licensing agreement with renowned Japanese publishing houses for Manga Arabia. The strategic partnership enables SRMG to establish official channels with Shogakukan, Shueisha, and Kadokawa to adapt and localize global content for Arab audiences.
In line with the growing demand for manga art in Saudi Arabia, the agreement will see specialists from across the four entities pool together resources and share expertise to ensure Manga Arabia’s imaginative new Arabic content is purposeful, safe, and inspired by Arab cultural values – ready to be consumed by all members of Arab families, across diverse age groups.

Commenting on the partnership, Jomana Al-Rashid, CEO of Saudi Research & Media Group, said: “This groundbreaking partnership today marks a significant milestone not only for SRMG but also for Saudi Arabia and the Arab world. For the first time in the region, an Arab entity owns the copyright to localize, adapt and translate global manga for regional audiences. Manga Arabia’s innovative content will undoubtedly enrich our local and regional entertainment landscape, with dynamic narratives that are truly reflective of our cultural and societal values.”
Dr. Essam Bukhary, Editor-in-Chief of Manga Arabia, said: “Our strategic partnership with prominent Japanese publishers empowers Manga Arabia with tremendous flexibility and diversity to ensure local and regional audiences can access global manga content produced with the highest industry standards. This landmark agreement cements our vision to bridge the gap between an increasing appetite for manga in the Arab world and the lack of official channels to promote the artform’s cultural creativity.”
Masato Hayashi, Board Member and Director of the Digital Administration Department at Shogakukan, said: “Our partnership with SRMG will deliver the first-ever Arabic translation of our manga publications, enabling us to bring fun, informative edutainment to audiences across Saudi Arabia and the wider region. The collaboration is as a true testament to the strengthening relations between Japan and the Kingdom, and we hope to inspire audiences across the Arab world to connect with the manga artform.”
Masahiko Ibaraki, Senior Managing Director at Shueisha, said: “We congratulate SRMG on the launch of Manga Arabia and are delighted to issue our Arabic-translated digital comic as a result of this distinguished partnership. Moreover, we aim to spread Japanese Manga around the Arab world and to create a joyful environment in a legal way. We look forward to our partnership with SRMG to establish a new era of cultural exchange.”

Masayuki Aoyagi, Executive Officer & Chief Publishing Officer at Kadokawa, said: “We are thrilled at the opportunity to publish our works in the inaugural issue of Manga Arabia, underscoring the graphic artform’s enduring appeal across Saudi Arabia and the Arab region. Our partnership with SRMG not only serves to bolster cultural exchange between Japan and Saudi Arabia, but also plays a key role in expanding the scale, range and reach of Japanese works to global audiences.”
The content licensing agreement follows the recent announcement of the launch of Manga Arabia, marking an ambitious step towards stimulating and fostering the imagination and creativity of the Arab community. In addition to the original, high-quality, and authentic content inspired by the culture and values of the Arab region, the project will champion local creatives while spotlighting Japanese and international partners for both regional and global audiences.
With an aim to target 180 million Arabs and instill a love for recreational reading, SRMG will launch two offerings for Manga Arabia: “Manga Arabia Kids” with content catering to 10–15-year-olds, and a second title targeting those 16 and above. Both offerings will be available free of charge in digital formats and monthly printed copies.

Operating since 1972, Saudi Research and Media Group (SRMG) is a global media house from the Middle East and North Africa with a portfolio of more than 30 major media outlets – including Asharq Al-Awsat, Asharq News and Arab News – delivering information, news, and lifestyle content to a monthly audience of more than 165 million. Listed on the Tadawul stock exchange in Riyadh, SRMG is focused on delivering original, exclusive, and premium content in multiple languages to empower consumers with news and information through digital and social platforms, in addition to its leading cable and satellite reach.  Through its many platforms, content, and voices, SRMG is uniquely positioned to capitalize on fast-growing opportunities for digital content distribution, online advertising and commercial partnerships in the media and entertainment market worldwide. Headquartered in Riyadh, KSA, SRMG has offices in 18 locations around the world, including London and Dubai.