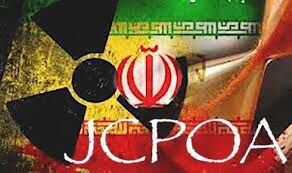 Abdollahi said in an interview with IRNA that the Resolution of arms sanctions against Iran would be a whip over the half – dead body of JCPOA and that the United States wants Iran to destroy itself in its own hands.

“The United States has explicitly stated that it will eliminate JCPOA at any cost, so it is clear that the parties are not willing to make nuclear deals based on it” he continued.

The JCPOA reaffirms legitimacy of Iran’s actions, and the United States is seeking to destroy Iran’s legitimate rights, Abdollahi added.

As long as there is JCPOA, the United States is doing unilateral sanctions against Iran and as for the arms embargo on Iran, which will come to an end after five years since the implementation of the UN Security Council Resolution 2231 in October, this has worried the US officials.

*** Iran does not violate JCPOA

“Iran did not move on the path of nuclear deviation, ” said Professor Abdollahi.

“It is true that Iran has suspended some of its commitments in the context of JCPOA and Joint Action mechanism , which had previously been envisaged by the JCPOA, but it does not mean that Iran has violated JCPOA.

He affirmed that all of the cases suspended on the part of Iran were acknowledged by the International Atomic Energy Agency and the joint comprehensive plan of action (JCPOA).

The Islamic Republic of Iran has so far suspended its commitments to JCPOA as reciprocal action in reaction to failure of the other parties to the JCPOA to honor their undertakings in proportional terms, he said.

*** Lifting of the arms embargo on Iran was Iran’s success

“Lifting of arms embargo as well as sanctions on Iran’s ballistic missiles eight years after the implementation of the UN Security Council Resolution are victory.”