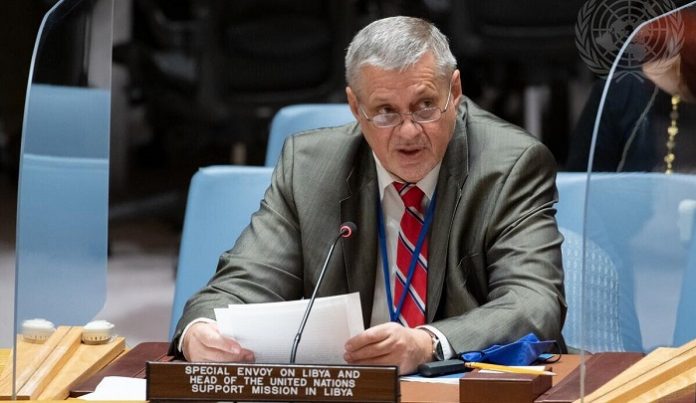 Geneva (UNA-OIC) – The Joint Military Commission (JMC, 5+5) convened on Wednesday in Geneva to discuss the development of a comprehensive action plan for the withdrawal of mercenaries, foreign fighters, and foreign forces from Libya.

The meeting, facilitated by the United Nations Support Mission in Libya (UNSMIL), was held in accordance with the Ceasefire Agreement of 23 October 2020, and relevant UN Security Council resolutions. The meeting was also part of the UNSMIL’s efforts to advance the intra-Libyan security track, in parallel to international efforts as part of the Berlin Conference on Libya.

In his opening remarks, UN Special Envoy and Head of UNSMIL Ján Kubiš expressed his appreciation to both delegations and to international partners who are in support of this effort. “As always, your task is bigger than its military and security aspects; your task has a direct impact on the overall developments in the country, on regaining its sovereignty, stability, security, and unity,” he said.

In a statement posted on its official website, the UN Mission emphasized on the national ownership and leadership of the military and security, political and economic tracks as key to support the Libyans in regaining their sovereignty.

Also in the statement, UNSMIL commended the patriotism and commitment of the 5+5 JMC members, encouraging them to seize this opportunity to produce the required action plan for the withdrawal of the mercenaries and foreign fighters and forces, which will also guide the international community’s support to the Libyan efforts to unify the military as well as disarmament, demobilization and reintegration (DDR) and security sector reform (SSR) efforts in Libya, with a stabilizing impact on the region.