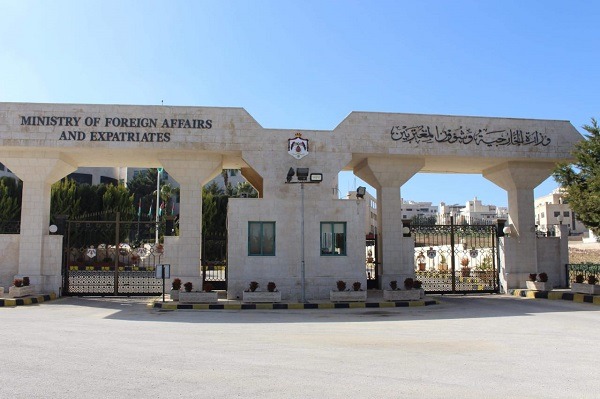 In a press statement issued Thursday, the ministry’s official spokesperson, Dhaifallah Fayez, said the Israeli actions targeting the mosque are “unacceptable and condemned,” and represent a “flagrant” violation of the holy site’s historical and legal status quo, international law and Israel’s obligations as the occupying power in occupied East Jerusalem.

The diplomat added that Al-Aqsa Mosque/Al-Haram Al-Sharif, with its total area of 144 dunums, is a pure place of worship for Muslims only, reiterating that the Jordan-run Jerusalem Awqaf and Aqsa Affairs Department is exclusively authorized to supervise the holy site’s affairs and manage entries, in accordance with international law and the existing historical and legal status.

Fayez said the ministry has sent today an official letter of protest through official channels demanding Israel, as an occupying power, to stop its “rejected and condemned” violations and provocations at Al Aqsa Mosque, and respect the holy city’s historical and legal status quo, and Aqsa Affairs Department’s authority and powers.

To help stop Tel Aviv’s policy, breaches, the spokesperson called on the international community to shoulder its responsibilities to pressure Israel to stop the ongoing violations at Al-Haram Al-Sharif.