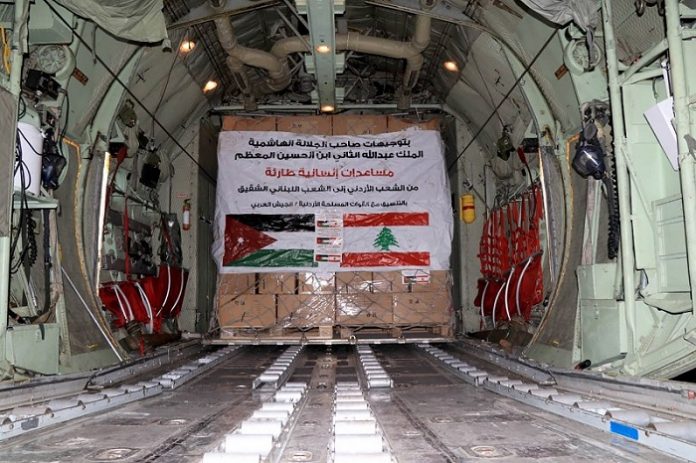 A statement by the JHCO said that the plane, which was dispatched in coordination with the Jordan Armed Forces-Arab Army, will be delivered to the concerned authorities in Lebanon, under royal directives to stand by the Lebanese people in light of the country’s current situation.

The JHCO has sent four aid planes carrying medical items, medicines, and food parcels since the beginning of the crisis in Lebanon.