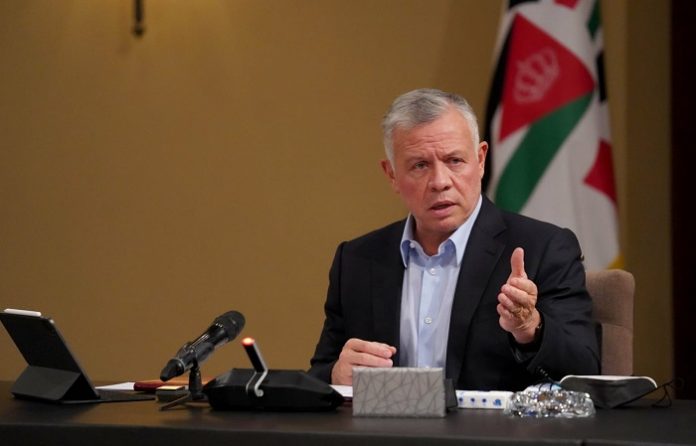 Amman (UNA-OIC) – King Abdullah II of Jordan on Sunday directed the government to implement a package of additional measures to support the Palestinians in Jerusalem and the Gaza Strip, amidst the Israeli violations against them and the aggression on Gaza.

In addition, the royal directives include disbursing financial incentives from King’s personal expense to employees of the Jerusalem Awqaf Department, in appreciation of their efforts in safeguarding Al Aqsa Mosque, in addition to sending medical assistance to a number of hospitals in Jerusalem.

The royal directives are in line with the historic Hashemite Custodianship of Islamic and Christian holy sites in Jerusalem, and His Majesty’s efforts to defend the deep-rooted Arab and Islamic identity of the holy city and support the steadfastness of Jerusalemites.

The King’s directives also include setting up and equipping a center for COVID-19 testing and vaccination in Gaza, after the central COVID-19 laboratory was demolished in the Israeli aggression.

The royal directives entail continuing to dispatch medical aid from Jordan to the Palestinians through the Jordan Hashemite Charity Organization, as well as facilitating the passage of relief convoys from other countries through Jordanian territory.