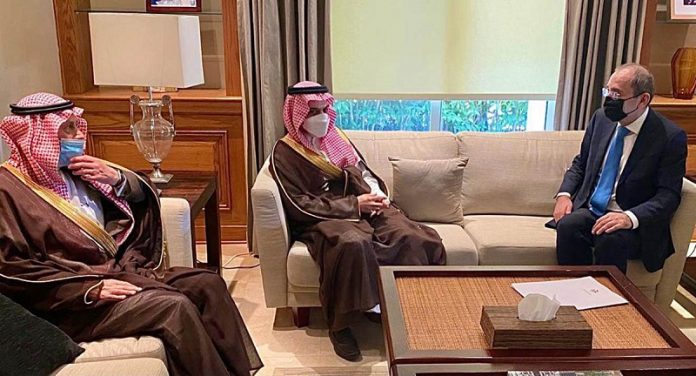 The Saudi minister delivered a message to King Abdullah II from Custodian of the Two Holy Mosques King Salman, reaffirming Saudi Arabia’s stand by Jordanian leadership in facing all challenges as well as supporting all the steps taken to protect Jordan and its interests.

Safadi conveyed the greetings of King Abdullah II to the Saudi monarch and appreciated the stances of Saudi Arabia in support of Jordan.

The two ministers also reviewed developments in the region and ways to deal with them in a way that serves common interests and Arab causes and consolidates security and stability.