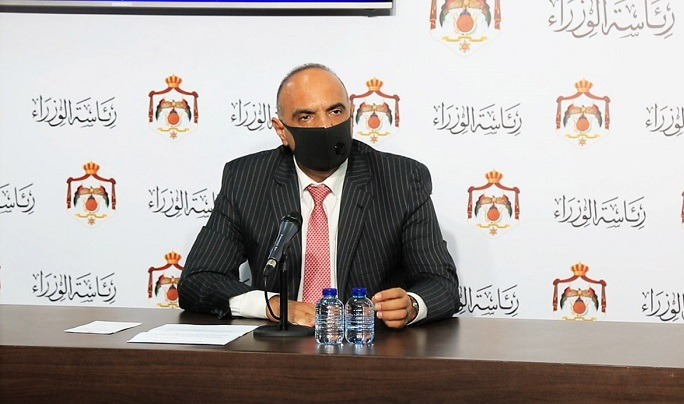 Amman (UNA-OIC) – Jordan’s government will extend the curfew hours, as of Monday, by which businesses will be allowed to operate until 9 p.m., and public movement will be permitted from 6 a.m. until 10 p.m., Prime Minister Bisher Khasawneh announced on Sunday.

He said in a press conference that the government had considered the National Epidemiological Committee’s recommendations, which include the emphasis on wearing masks, physical and social distancing, reducing overcrowding and public gathering and extending the curfew hours, to prevent the spread of the coronavirus (COVID-19) pandemic.

He announced that the government will impose a comprehensive curfew that will continue until Sunday, 6 a.m. (November 15), after announcing the official results of the elections expected according to the estimates of the IEC on Wednesday afternoon.

The prime minister also announced that the government will close fitness centers and public swimming pools, including those in hotels, residential and tourist complexes all over the Kingdom, as well as closing entertainment and recreational cities and children’s indoor play areas as of Monday until further notice.

He pointed out that the Public Security Directorate (PSD) and official inspection teams will tighten supervision over adherence to preventive measures, especially wearing masks, distancing, preventing gatherings and issuing tickets against individuals and violating facilities, according to the defense orders.

Khasawneh indicated that remote education will continue in schools and universities until the end of the current semester.

“We salute our health sector and our medical and nursing staff and thank them for their great efforts, and it’s our duty to support them,” Khasawneh underlined, noting that the government is working to enhance the clinical capacity and health infrastructure by renting a hospital and working with the armed forces to build two or three field hospitals in the north, central and south of the Kingdom, in order to raise the capacity, clinical capacity, isolation rooms and intensive care units.

The prime minister reiterated that this government will always adopt honesty and transparency, and review and correct its decisions, expressing the government’s appreciation for the message of media and press outlets and their interaction with local issues and developments.