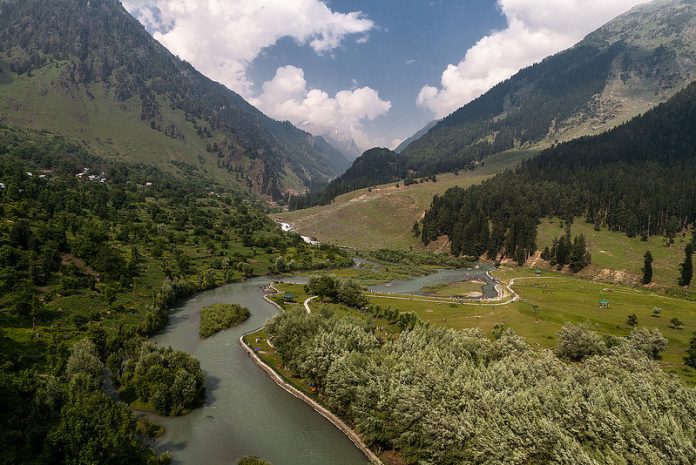 Once again, Kashmir is living proof that it is not going to compromise, far less abandon, its demand for Aazaadi (freedom) which is its birthright and for which it has paid a price in blood and suffering which has not been exacted from any other people of the South Asian subcontinent. Compared to the sacrifice Kashmir has had to endure, India and Pakistan themselves gained their freedom through a highly civilized process.

That is a most poignant truth. But even more bitterly ironical is the contrast between the complex and decades-long agony the Kashmir issue has caused to Kashmiris, to Pakistan and to India itself and the simple, rational measures that would be needed for its solution. No sleight of hand is required, no subtle concepts are to be deployed, and no ingenious deal needs to be struck between an Indian and a Pakistani leader with the endorsement of the more pliable Kashmiri figures. The time for deceptiveness is gone. All that is needed is going back — yes, going back — to the point of agreement which historically existed beyond doubt between India and Pakistan and jointly resolving to retrieve it with such modifications as are necessitated by the passage of time.

That point of agreement is the one India as well as Pakistan, each independently, brought to the United Nations Security Council when the Kashmir dispute was first internationalized. In fact, the Council itself took that point as the basis of the resolutions it later formulated.

The point was one of inescapable principle- — that the future status of the State of Jammu and Kashmir shall be decided by the will of the people of the State as impartially ascertained in conditions free from coercion. The two elements of a peaceful settlement thus were, first, the demilitarization of the State (i.e. the withdrawal of the forces of both India and Pakistan) and a plebiscite supervised by the United Nations.

With propositions of such clarity and character accepted, what room was left for the dispute to arise? This question is bound to evoke divergent answers and it entails the risk of reopening old recriminations. However, it would be disingenuous to avoid it altogether. It is apparent from the record of the Security Council that India articulated the principle, accepted the practical shape the Council gave to it and freely participated in negotiations regarding the modalities involved. However, when developments inside the State made her doubt her chances of winning the plebiscite, she changed her stand and pleaded that she was no longer bound by the agreement. Of course, she deployed ample arguments to justify the somersault. But even though the arguments were of a legal or quasi-legal nature, she rejected a reference to the World Court to pronounce on their merits. This is how the dispute became frozen with calamitous consequences for Kashmir most of all, with heavy cost for Pakistan and with none too happy results for India itself.

However, despite the passage of decades, nothing has been irretrievably lost. The principle that the disposition of the territory in dispute must be in accordance with the will of its people can still be implemented as truly as it would have been in 1950’s. As a matter of fact, it can be done better now because we are not as oblivious now as all sides seemed to be earlier of the unique heterogeneity of the State of Jammu and Kashmir — one of the most bizarre products of 19th-century British colonialism. Recognizing the existence of several different ethnicities, each with its own history and its affiliations, and the right of each to determine its future without constraint not only from India or Pakistan but also from one dominant region within the State on another, we are not likely to commit the fallacy of one-size-suits-all. The plan of action that would ensure for all components of the State as it existed on 15 August 1947 equal representation and equal freedom to decide whether to continue the status quo or to opt for a new dispensation is not difficult to work out. It can be done by a joint committee composed of the rightly qualified people from India and Pakistan who would consult the leadership of Kashmiri political resistance and also, as necessary, experts from the United Nations.

What is visualized here is not a charade to be enacted by the respective Foreign Offices and the pretense of a so-called peace process, which merely means the bureaucratization of the dispute. What is desperately needed is an affirmation by the Indian and Pakistani leadership at the highest level of the necessity of taking new measures to effect the settlement of the dispute within a reasonable time frame. To that end, India and Pakistan must together prepare a plan for the demilitarization of the State with safeguards for security worked out together. Confidence that a real peace process is being launched would be inspired by the ending of repressive measures within the Indian-controlled area by both the federal and the state authorities. If sincerity is brought to the process in place of cheap trickery, the dawn of peace will glow as never before over the subcontinent.