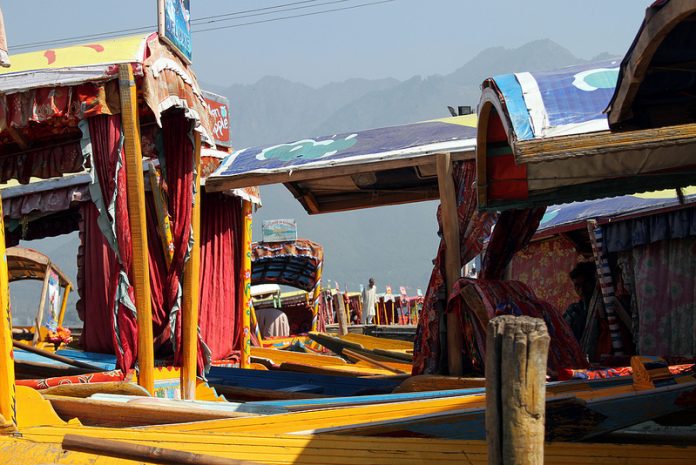 The irony of Narendra Modi’s utterly reckless move on Kashmir is that it has thrust the plight of Indian Occupied Jammu and Kashmir from oblivion to the full glare of global media.

That the United Nations Security Council met for the first time in fifty years to place the issue of Kashmir under the microscope, points to the folly of India’s ultra-rightwing Hindu nationalist regime.

Though the Bharatiya Janata Party (BJP) led government is bent on celebrating its colonial mastery of abrogating decades-old obligations towards Kashmir, it has turned into a public relations disaster for India.

As swiftly as Modi pulled the trigger on Kashmir, so too have rumblings of discontent and public protests emerged within India and the rest of the world.

Within hours of the fatal announcement by BJP chief Amit Shah which declared to Jammu and Kashmir’s millions that their right to freedom of choice has been sacrificed at the altar of Hindutva, shock and anger erupted in the region and beyond.

Modi may feign surprise at the outpouring of sympathy for Kashmir’s just cause, but the reality is that India’s extreme measures which include a total shutdown of movement, communication, medical facilities and a host of attacks on fundamental civil rights, cannot be applauded by any sane person.

The iron grip in which Kashmir is held has intensified following the unilateral bulldozing of article 370. Although the beauty of the valley had been polluted by the presence of thousands of Indian troops, Modi’s government has ensured that Kashmir ranks as the most militarized land under occupation with the deployment of thousands more.

For Modi to pretend that India is pursuing “democracy” and that the horror associated with the brutality of military terrorism is a tool of democratization, is both absurd and outrageous. The nightmare unleashed on Kashmir has also engulfed BJP’s propaganda outfits. Trying as hard as they do to package the disaster their leaders have caused as “beneficial”, has suffered a backlash as is evident in redfaced contradictions and embarrassing backtracking.

But Modi’s arrogance, notwithstanding the humiliating public relations disaster, seems unlimited. His sleek profile which is unashamedly rooted in the BJP’s ultranationalist Hindutva ideology, led him to India’s highest office. Not even the Gujarat massacres of Muslims which incriminated him, held him back from gaining domestic ascendancy and international allies.

Unsurprisingly, his close allies are rabid rightwingers whose credentials as “leaders” are a blot on humanity. These are Donald Trump, Benjamin Netanyahu and Mohammad bin Salman (MbS). Along with Modi, they share characteristics which define them as murderers, warmongers, criminals and frauds. Perhaps the most identifiable common denominator is that they rule with impunity.

A trait which allows them to contemptuously disregard all known civilized values in addition to international conventions. As protectors of each other, they mistakenly believe that their impunity is unchallengeable. For example, Trump’s irrational conduct and the controversies he is mired in, explains that he can literally get away with murder. MbS is seemingly emboldened by remaining unscathed despite his role in the horrific murder of Jamal Khashoggi. And of course Netanyahu, who as the architect of war crimes, persecution and creating “facts on the ground” with large scale land grabs for illegal Jewish settlements, believing that he is untouchable.

Crimes committed against Palestinians constitute grounds for prosecution. Yet Netanyahu is falsely feted as a liberal committed to democratic ideals. As one who articulates Zionist ideals of a Jewish state built on apartheid pillars, he provides inspiration to Modi to reconstruct India on an ideology of hate, discrimination and religious exclusivism.

The wave of anti-Muslim hate unleashed in India is attributed to Modi. Having refashioned the militancy of the BJP’s terror wing known as RSS, into a popular movement unfairly adorned by Hindu symbols, Modi’s appetite for religious chauvinism seems insatiable.

This then is what the abrogation of Article 370 is reduced to: the rise of fascism adorned in religious garb; and provocation of hate against Kashmir’s Muslim majority population.

It’s a dangerous game given that neighbors China and Pakistan have their own respective interests in maintaining stability in the region. To do so requires challenging India’s belligerent policy of subsuming Kashmir and altering its demographics.

Though the UNSC has for the first time since 1965 placed Kashmir on its agenda, geopolitical rivalry, especially among veto powers, will not allow justice. That Pakistan succeeded in ensuring that the UN’s corridor of power heard their plea on behalf of Kashmir’s inalienable right to a plebiscite, doesn’t equate to a just outcome.

Having failed Palestine repeatedly despite numerous binding resolutions, Kashmir will, unfortunately, share the same fate unless the UNSC is radically restructured by eliminating elitism of veto powers and leveling the playing field. It is here that South Africa is expected to lead voices of discontent from marginalized countries.

Kashmir may have plunged into darkness due to Modi’s impunity, but its plight will outshine Hindutva bigotry and the spineless hypocrisy of Riyaad, Tel Aviv and Washington.