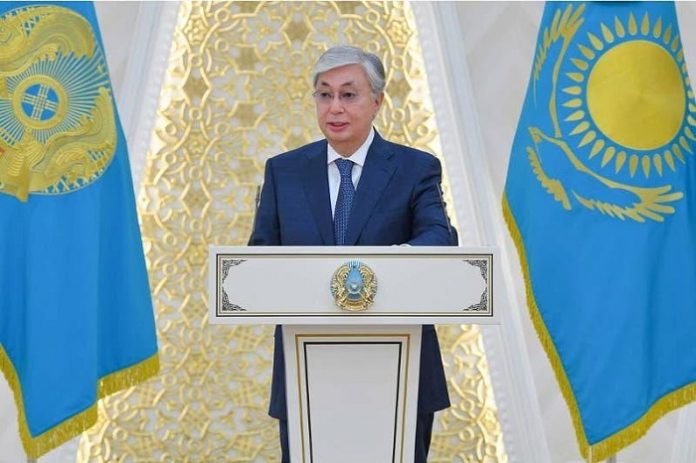 Nur-Sultan (UNA-OIC) – In his speech at the ceremony of handing over the ambassadors’ credentials, Kazakh President Kassym-Jomart Tokayev paid special attention to the efforts of Kazakhstan regarding the situation in Afghanistan.

“The pragmatic foreign policy of Kazakhstan is of more importance during the serious crisis in Afghanistan. While not sharing common borders with the war-torn country, Kabul is one hour away from Almaty by air” said Tokayev.

He went on to say that he is in close contact with the counterparts from the CIS, EU, and Middle East, stressing his readiness to always exchange views with heads of foreign states and governments if such intention is expressed.

Pointing out that the situation in Afghanistan brought to the attention the regional security issues, President Tokayev said that Kazakhstan is ready to cooperate with the countries [of the newly appointed ambassadors to Kazakhstan] to prevent the spread of violence, illicit drug trafficking, and uncontrolled migration from Afghanistan.

He called on the international community to help Afghanistan with its difficulties, noting that the idea of economic and sustainable development should be integrated into all future actions and plans regarding Afghanistan.