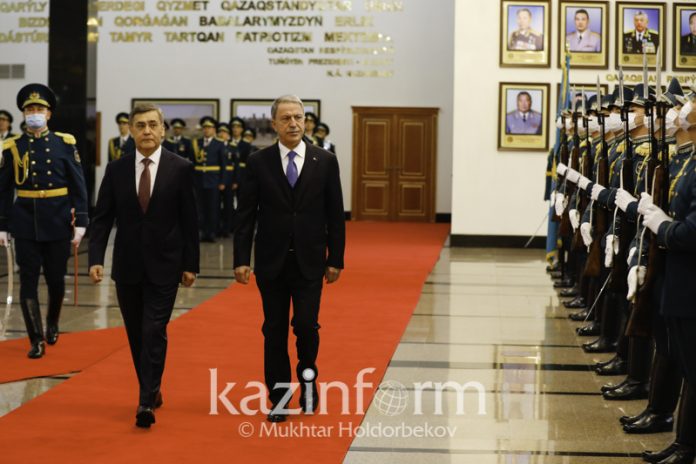 At the onset of the meeting, Minister Yermekbayev welcomed the Turkish official in the Kazakh capital and thanked him for paying the first visit to Kazakhstan despite having a tight schedule.

The Kazakh Defense Minister went on by adding that Nur-Sultan and Ankara should further cement strategic interaction.

Hulusi Akar, in his turn, expressed gratitude to the Kazakh side for hospitality and praised friendly relations between the heads of state. He also reminded of the history and culture Kazakhstan and Turkey share.