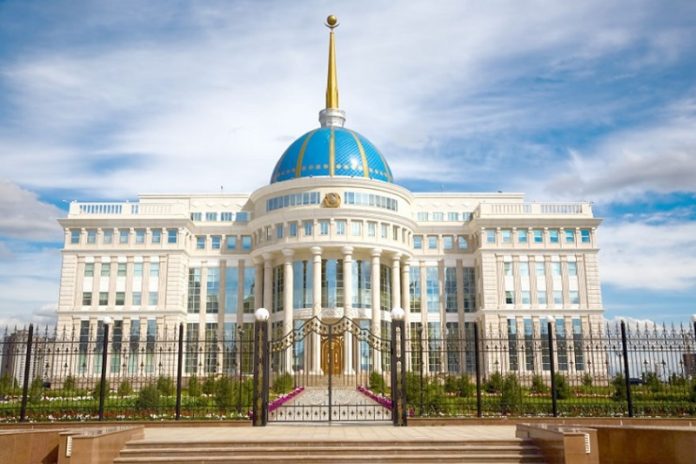 Nur-Sultan (UNA-OIC) – Kazakhstan will celebrate on Tuesday, 6 July, the 24th anniversary of its young capital and the leading center of the country’s modern renaissance, launched by Nursultan Nazarbayev, first president of Kazakhstan (1990-2019) and the country’s constitutionally designated Leader of the Nation.

The idea of creating the new, modern capital of Kazakhstan was the brainchild of the Head of State Nursultan Nazarbayev. On 6 July 1994, the decision to shift the capital from Almaty to Akmola was adopted by the Supreme Council of the Republic of Kazakhstan, and the official shift of the capital happened on 10 December 1997.

In accordance with the President’s Decree dated 6 May 1998, Akmola was renamed Astana (currently Nur-Sultan). The new capital was presented internationally on 10 June 1998. Currently, Astana’s territory makes up more than 700 square kilometers, its population size as of 1 June 2012, is more than 750,000 people. The city consists of three districts, namely Almaty, Saryarka and Yessil.

Astana is located to the north of Kazakhstan’s geographical center in a zone of dry steppes, in a subzone of dry fescue-feather grass steppes. The city sits on terraces above the flood plain. Yessil River is the main waterway of the capital. The climate is extreme continental – a cold and prolonged winter, and a hot, moderately arid summer.

Astana’s favorable location in the center of the Eurasian continent makes it an economically advantageous transport, communication and logistics center, a unique transit bridge between Europe and Asia.

The shift of the capital has given a powerful impulse to Astana’s economic development. The city’s high economic growth rates attract numerous investors. The volume of attracted investments from the time Astana became the capital has increased by 30 times and the total regional product by 90 times. The share of the city’s GRP in the republican volume makes up about 8.5 percent.

Astana became one of the largest business centers in Kazakhstan. Its entrepreneurial culture is dynamically developing – there are more than 50,000 small and medium businesses, in which about 170,000 townspeople are involved. The monthly average nominal salary of the capital’s population makes up about 140,000 tenge.

The city is a leader in terms of the volume of construction in the country. Since Astana became the capital, 10 million square meters of housing have been constructed in the city. Hundreds of construction companies participated in the building of Astana. Along with local firms, the new capital was erected by Turkish, Italian, French and Swiss companies.

Nursultan Nazarbayev’s idea of creating a special Eurasian style in the capital laid at the basis of Astana’s architectural concept. The capital’s general plan was developed by the well-known Japanese architect Kisho Kurokawa.

Astana is a city that clearly demonstrates capabilities of the modern architecture. A unique city with wondrous buildings has emerged in the center of Kazakhstan’s steppes.

High technologies and innovative methods of the XXI century urban development have been widely used in building the city. The architectural style of Kazakhstan’s modern capital embraces a harmonious combination of cultural traditions of the West and the East. The well-known architects from all over the globe implemented here their best projects.

The “Bayterek” complex turned into the main symbol of the new capital and its “hallmark”. There are other unique architectural constructions, including “The Palace of Peace and Accord”, designed by the well-known British architect Norman Foster and built in the form of a pyramid, “Khan Shatyr” shopping center – the highest tent construction in the world, Duman Oceanarium – the most remote one from the sea, “Kazakhstan” central concert hall, “Triumph of Astana” and “Polar lights” housing estates, office buildings of “KazMunayGas” and “Kazakhstan Railways” national companies.

The city’s modern sports facilities include the 30,000 seaters Astana-Arena stadium, the unique 10,000 seater cycle track Sary-Arka that was recognized as the best one in the world in 2011. Another important sports complex is the Alau ice palace that meets the highest international standards.

Nowadays Astana besides differing by its refined architecture is also turning into a garden city. The city’s green belt is getting wider and accordingly, Astana is becoming a green oasis in the center of huge steppes, being a model of a non-polluting megacity. Astana’s mission is to become a cultural and intellectual center of the Eurasian space and to play the role of the main generator of Kazakhstan’s sustainable development.

Astana is a large political-administrative, business and cultural center of the republic. All central authorities of the country, diplomatic missions, headquarters of domestic and foreign companies, leading universities, up-to-date medical clinics and significant cultural institutions are located in this city.

The capital city is connected with more than twenty cities of the world through friendly sister city relations. In July 1999 by the decision of UNESCO, Astana was awarded the title of “World City”. Since 2000, Kazakhstan’s main city has become a member of the International Assembly of Capitals and Cities.

Nowadays Astana is the center of the Eurasian space, where various forums, congresses and other activities of international significance are conducted. For the last years, the capital of Kazakhstan has repeatedly been the focus of attention of the world community.

Congresses of Leaders of World and Traditional Religions, the Astana Economic Forum and other internationally significant events are held in the capital city on a regular basis. In December 2010, Astana hosted the historical OSCE Summit, later anniversary SOC and OIC summits were held.

In the beginning of 2011, the city received participants and guests of the VII Winter Asian Games. At present Astana is one of the main favorites to host the international exhibition EXPO-2017. In a short term, the new capital emerged by the will of the First President of Kazakhstan turned into a national idea and became a symbol of independence and the young state’s global success.

In his keynote speech, dedicated to Astana’s 10th anniversary Nursultan Nazarbayev has very vividly and figuratively defined the philosophy of the new capital city’s development: “Here on the ancient earth of Sary-Arka the cradle of the country’s future has emerged. The history of Astana and the Kazakhstani’s destiny are inseparable from each other. The capital embodies the power, dynamic development, and stability of our country.

Astana has become a bright, strong, prospering city that unites all Kazakhstanis and aspires to the future. Our capital is the heart of our motherland, the symbol of people’s belief in its power and great mission. Nowadays representatives of more than one hundred nationalities live in Astana, as well as all over the country. Astana and the new Kazakhstan are built on the basis of people’s friendship, mutual understanding, and solidarity.