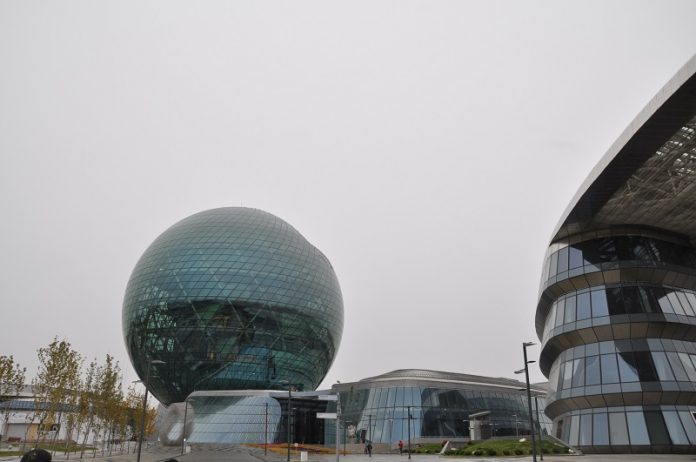 Nur-Sultan (UNA-OIC) – The Republic of Kazakhstan celebrates this year three decades of independence, during which the country, under the leadership of its first president Nursultan Nazarbayev, transformed from a marginal republic in the former Soviet Union to a full member of the international community, a regional actor, and a modern state with a strong economy and a stable society.

During this period, Kazakhstan witnessed a peaceful and smooth transfer of power from Nazarbayev following the early presidential elections held in June 2019, in which Kassym-Jomart Tokayev won as the new president of the country to pursue the process of building and renaissance.

In a statement, a copy of which was received by the Union of OIC News Agency (UNA), the Permanent Mission of Kazakhstan to the Organization of Islamic Cooperation, explained that when Kazakhstan gained independence on 16 December 1991, the young state, led by Nazarbayev, announced that its official political path was to reform relations with society, in order to build democracy, the rule of law and a market economy. The state began to gradually transform from the prevailing political system in the Soviet Union to a new state based on democratic principles.

Kazakhstan adopted a new strategic plan to develop an open economy that aims to export and import goods, services, capital and manpower on the basis of competition, cooperation and mutual benefit with all countries of the world. This was accompanied by many successful reforms including the establishment of the basic market institutions.

The transcontinental country has taken a leading position in the post-Soviet era in terms of developing market institutions, the statement said, adding that Kazakhstan is striving to accelerate the pace of economic reforms in order to be an active member of the global economic system.

Kazakhstan is the ninth-largest country in the world, equivalent in size to Western Europe. It shares land borders with China, Russia, Kyrgyzstan, Turkmenistan and Uzbekistan while also adjoining a large part of the Caspian Sea (the world’s largest lake).

Kazakhstan has a population of nearly 19 million, with the Kazakhs making up about two-thirds (68.5%) of the population of the country while the rest 31.5% represent around 140 different ethnic groups (Russians, Uzbeks, Ukrainians, Uyghurs, Tatars and Germans).

The majority of Kazakhstan’s population is Muslims (about 70%) while Christians account for 24% and 4% are followers of other various faiths. The nation is home to nearly 4,000 registered religious institutions representing 18 religious sects.