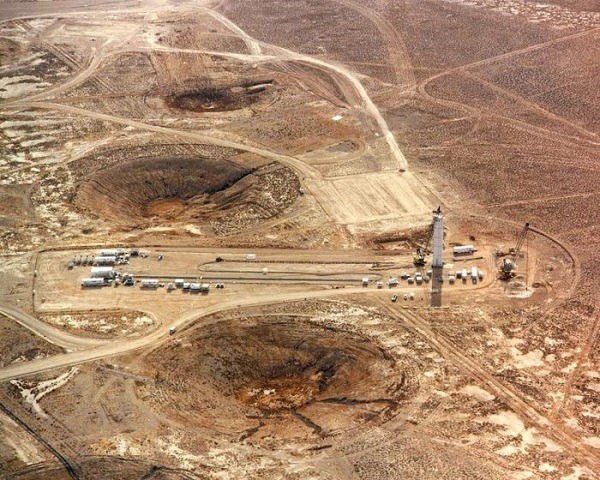 Nur-Sultan (UNA-OIC) – A quarter of all worldwide nuclear tests were conducted at the Semey test site for almost half a century during Soviet times. This year marks 30 years since the official closure of the nuclear test site in Kazakhstan.

Despite the closure, the past follows in the form of humanitarian and environmental consequences of the nuclear testing that affect residents of the area and will continue to have a transgenerational impact. Therefore, it is important to pass on knowledge about the dangers of nuclear testing in an intergenerational manner by educating the youth.

In contributing to the cause of a nuclear-weapon-free world and with the aim of increasing public awareness about the effects of nuclear legacy, Kazakhstan initiated a resolution at the United Nations on endorsing Aug.29 as the International Day against Nuclear Testing. The date was proposed intentionally due to a symbolic meaning representing the day of the first nuclear test conducted at the Semey test site in 1949 as well as the day of the closure of the test site in 1991.

Commemorating this day on an annual basis constitutes an act of memorialization. Every year, various events and activities take place to observe the day in Kazakhstan and around the world. Memorialization is a process of preserving the memories of the past. It falls under one of the pillars in the framework of dealing with the past. The concept of dealing with the past consists of four pillars: right to know, right to justice, right to reparation and guarantee of non-recurrence.

Based on this conceptual framework, implications of those rights can be found on a leading position of Kazakhstan as a nuclear disarmament champion and as a party to the number of global agreements such as the Nuclear Non-Proliferation Treaty, the Comprehensive Nuclear Test Ban Treaty (CTBT) and the Treaty on the Prohibition of the Nuclear Weapons. Kazakhstan is an active advocate for the CTBT, to support its entry into force and in connection to the memorialization of nuclear legacy, in 2012 the ATOM (Abolish Testing is Our Mission) project was launched.

The ATOM Project is an international campaign aimed at creating awareness about the consequences of nuclear weapons testing and allows it to do so by listening to the voices and stories of some victims from the Semey test site area.

Moreover, supporters of a world free of nuclear weapons and their testing can sign a petition available in different languages and pursue educational resources. Karipbek Kuyukov, who is the Honorary Ambassador of this project, as well as a handless painter, who paints with his mouth and feet, depicts the past through his work and shares his paintings at various exhibitions on a local and on international levels.

his type of symbolic expression helps to not only see those memories but also to pass them through feeling, experiencing and emotionally re-connecting to the events of the past. There are two memorials that are erected to honor the victims of nuclear testing and Kazakhstan´s contribution to nuclear disarmament: “Stronger than Death” located in Semey opened in 2001 and “Peace Wall” symbolically presented in 2018. These monuments serve as a reminder of past grief as well as to give hope for a safer world step-by-step for present and future generations.

In order to engage more youth in the project this year, the office of the United Nations on Disarmament Affairs in cooperation with the CTBTO, the Permanent Mission of Kazakhstan to the United Nations and Youth Fusion initiated an international campaign #StepUp4Disarmament to raise awareness about the International Day against Nuclear Tests and to also commemorate it by taking actions. The idea and implementation of this action are easy. Anyone anywhere can join the campaign and complete a distance of 8.29 kilometers or track 10.9k steps by sharing the results on social media and employing the proper hashtags.

Among other opportunities for young people to stay further involved in the issues of nuclear disarmament and nonproliferation, one can join global youth networks with their recently launched projects such as CTBTO Youth Group and its research fellowship program, which will remain open until Sept.3 along with Youth Fusion, to learn about important nuclear-related historical events and accidents at the innovative education platform known as the “Nuclear Games”.