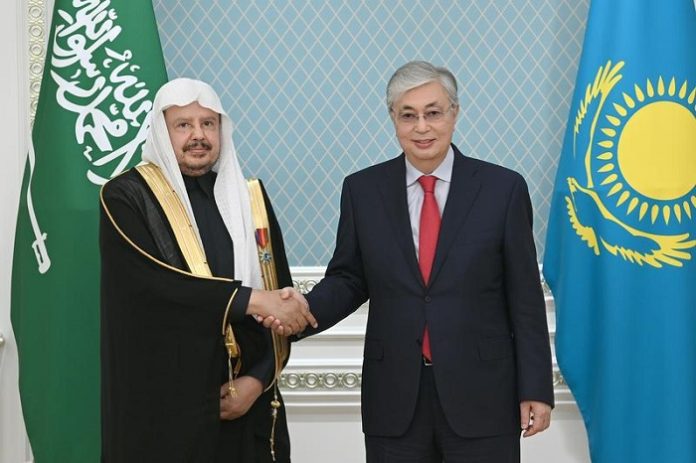 At the meeting, President Tokayev said Saudi Arabia is a reliable partner of Kazakhstan in the Muslim world, recalling that the Kingdom has been one of the first Arab countries to recognize Kazakhstan’s independence. He added that ​the Kazakh side constantly keeps in touch with the Saudi authorities.

During the meeting, utmost attention was also paid to the expansion of bilateral trade and economic cooperation, with President Tokayev urging Saudi companies to actively participate in the projects in Kazakhstan given their experience and situation at the world market.

For his part, Al ash-Sheikh expressed his happiness for visiting Kazakhstan and thanked President Tokayev for the warm reception, pointing out that he had a number of fruitful meetings at the parliamentarian level in Nur-Sultan and that these contacts would help bring closer the two nations.