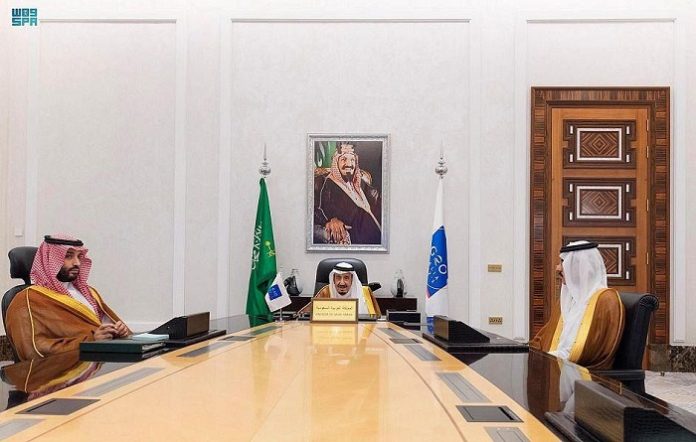 I would like to thank you, Mr. Prime Minister, for your continuing efforts to make the agenda of this year’s G20 a success, noting the vital topics included in your presidency program.

The circumstances of the pandemic required activating the pivotal role that must be played by the G20 members. Indeed, the member states took unprecedented measures to deal with these circumstances.

In this regard, last year, with your efforts and cooperation, the Kingdom of Saudi Arabia led the international response to this pandemic and its health, economic and social impacts.

Now, over twenty months since the outbreak of this pandemic, it still casts its shadow on the global economy. Despite the recovery journey that began in some economies, low-income countries still face challenges in accessing and distributing vaccines. Here lies the importance of the G20 role to promote cooperation and facilitate access to the vaccines.

With regard to the Kingdom’s dealing with the pandemic, the policies and measures that we have taken since the beginning of the crisis have contributed to mitigating the health, economic, and social impacts of the pandemic and have helped to achieve rapid recovery.

The Kingdom shares with the countries of the world the concern about the challenges of climate change, as well as its economic and social impacts. The Kingdom will continue its pioneering role in providing the world with clean energy, by supporting more innovation and development. We call for more sustainable and comprehensive solutions that take into account the different circumstances of our countries. The Kingdom will continue its leading role in economic and health upturn and recovery from the global crises, and in finding a balance to achieve security and stability in energy markets.

Finally, we look forward to more multilateral cooperation to achieve well-being and prosperity in our countries and in the entire world.

Thank you for your attention.