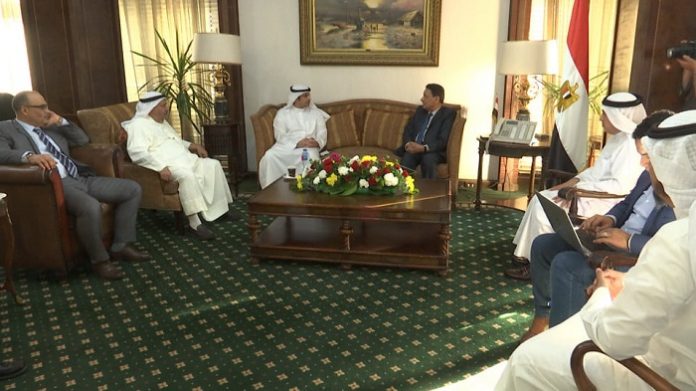 This came on Wednesday during a meeting between the two officials in Cairo, in the presence of Kuwait’s Ambassador to Egypt Mohammad Al-Thuwaith and the delegation accompanying the information minister, who ​described the Kuwaiti-Egyptian media relations as “very distinguished”.

Al-Mutairi underlined the importance of media in strengthening bonds with all Arab countries, mainly Egypt. He also noted that the media is crucial for overcoming challenges facing the Arab world through raising youth awareness of the risks facing their countries.

For his part, SCMR Chairman Gabr hoped cooperation between Kuwait and Egypt in the next period would have an impact on the media policies of the two countries. He also expressed his hope for increasing dialogue and sharing views on different issues that serve the common interests.

Ambassador Al-Thuwaith stressed the importance of launching an Egyptian-Kuwaiti media forum to share views and expertise on all levels, pointing to a media legacy in all media and cultural institutions of the two countries. He urged developing creativity and communication between Egypt and Kuwait, as well as investing in youth capabilities for a better future.

The two sides agreed on the creation of teamwork to start preparing a working paper and a strategy for the initiative.