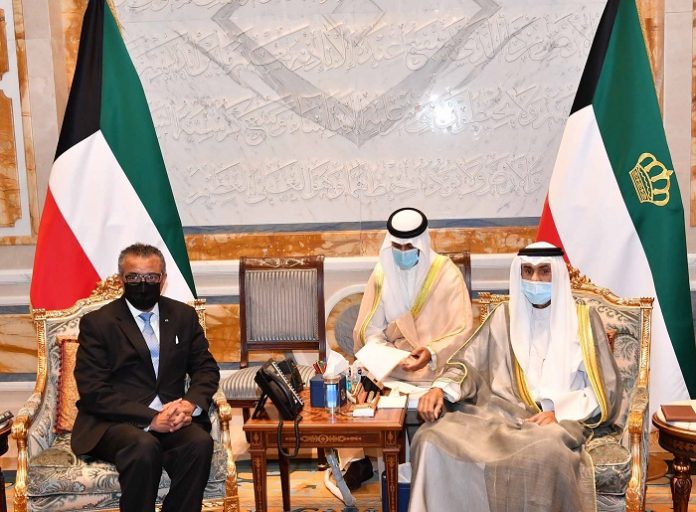 During the reception, the Emir praised WHO’s leading role in promoting health and safety, as well as its efforts in facing the COVID-19 pandemic, and diseases in general. He also reaffirmed continued and close cooperation with the UN health agency, in manifestation of Kuwait’s pioneering humanitarian role.

For his part, Dr. Ghebreyesus expressed sincere appreciation to the Emir and the State of Kuwait for the pioneering humanitarian role in supporting WHO, terming Kuwait’s contribution as “effective”.