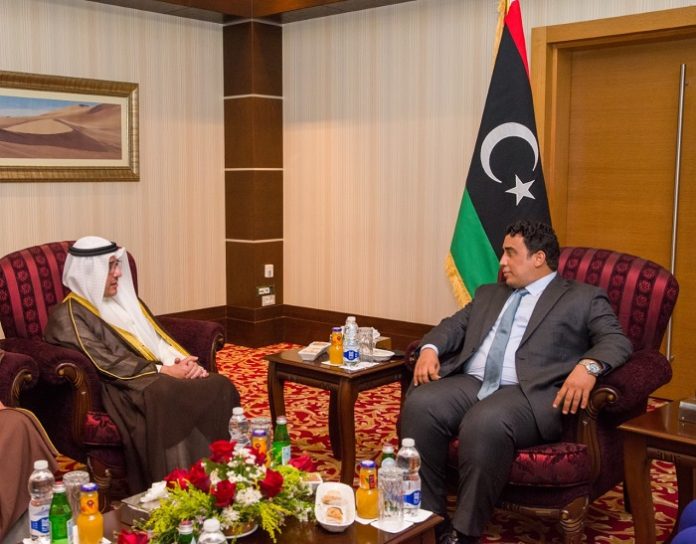 During the meeting, Sheikh Ahmad Al-Nasser stressed Kuwait’s firm position on supporting all the measures taken by the Libyan Government of National Unity (GNU) to preserve Libya’s sovereignty, security and stability.

The Kuwaiti foreign minister and his accompanying delegation are on an official visit to the North African nation to participate in the Conference to Support the Stability of Libya, scheduled for Thursday.