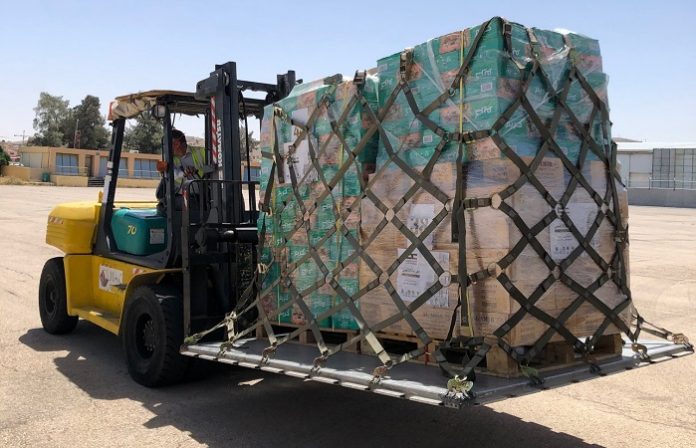 This campaign is being sponsored by Kuwait’s Ministry of Social Affairs and the Ministry of Foreign Affairs, with the participation of more than 30 Kuwaiti charity organizations, Ambassador Al-Daihani told KUNA, adding that the move embodies the “humanitarian, ethical and religious duties we have towards our (Palestinian) brothers”.

For his part, Member of the Kuwaiti Society for Relief Jamal Al-Nouri said that this shipment contains 30 tons of food supplies and 10 tons of medical equipment and children’s milk.

One part of the shipment will be delivered to Jerusalem and the other to the Gaza Strip, through local charities working in the field, in cooperation with the Kuwait Society for Relief, he added.