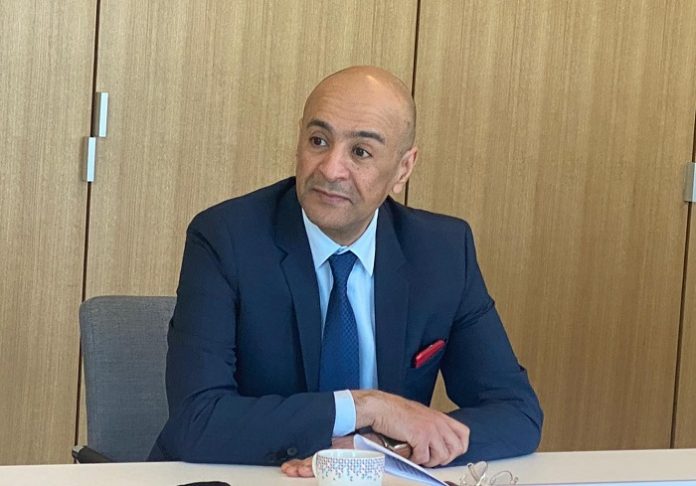 Kuwait (UNA-OIC) – Kuwait reaffirmed its commitment to help Yemen on all humanitarian, developmental, and political levels to bring peace and security to the country.

“Kuwait will always remain faithful to its commitment until our brothers and sisters in Yemen overcome their suffering and enjoy security and stability,” Kuwait’s Ambassador to Belgium, EU and NATO, Jasem Al-Budaiwi, told an online conference.

The ambassador took part in the third Humanitarian Senior Officials Meeting on the humanitarian crisis in Yemen held on Tuesday via videoconference. The meeting was co-hosted by the European Commission and Sweden.

In his speech, he listed the recent efforts Kuwait has undertaken to provide humanitarian assistance to the Yemeni people in hopes of easing some of their sufferings.

The efforts include Kuwait’s pledge of US$20 million for humanitarian assistance to Yemen made at the margins of the 75th General Assembly last September.

On March 2, 2021, Kuwaiti, during an international virtual conference hosted by Switzerland and Sweden, also provided a total of US$20 million to help improve the humanitarian situation in Yemen.

Moreover, during the last fasting month of Ramadan, many Kuwaiti NGOs stepped up efforts to provide the Yemeni people with necessities. “This is a spiritual and special time for Muslims all around the world and I am honored to inform you all that these Kuwaiti NGOs managed to reach out to thousands of Yemenis during this period,” noted Al-Budaiwi.

At the onset of the COVID-19 pandemic, Kuwait, along with the World Health Organization (WHO), facilitated hundreds of thousands of medical consultations in order to ensure the health security of Yemen during the global crisis, he said.

On a political level, Kuwait has always stressed the importance of the following pillars in achieving a political solution, GCC Initiative, the outcomes of the National Dialogue, Security Council Resolution 2216, and the Stockholm Agreement.

Kuwait also welcomes the initiative presented by Saudi Arabia for Yemen, which provides all the necessary elements in order to reach a longstanding peace in the country.

Further, Kuwait applauds the decision by the government of Yemen to accept the initiative and calls call upon the Houthis to do so as well so that the process to end this conflict can begin and to permanently put an end to the suffering of the Yemeni people.

Kuwait also believes that the ministerial meeting on Yemen, which Germany hosted recently, was an excellent occasion where participants discussed the recent situation in Yemen and ways to increase cooperation and coordination in order to help Yemen overcome this crisis.

Al-Budaiwi thanked the European Commission and the Ministry of Foreign Affairs of Sweden for their tireless efforts in gathering the international community to improve the situation in Yemen.

EU Commissioner for Crisis Management Janez Lenarci told the meeting that “Yemen remains the world’s largest humanitarian crisis, with an unprecedented famine looming. The EU is committed to supporting the people in need.”

Participants reiterated that a sustainable solution in Yemen requires an urgent, nationwide ceasefire and a comprehensive peace agreement reached through an inclusive political process, said a European Commission press release.