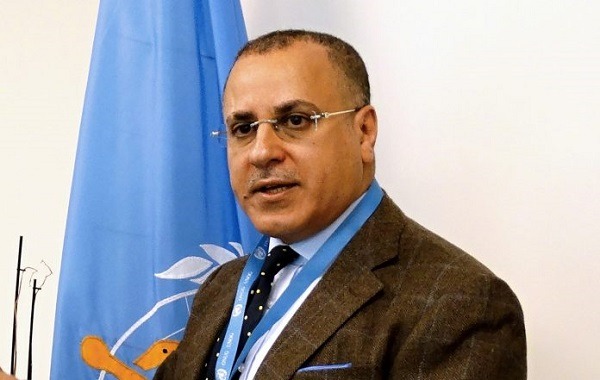 Geneva (UNA-OIC) – Kuwait on Tuesday expressed before the United Nations Human Rights Council (UNHRC) its concern over the spread of phenomena of Islamophobia, hate speech, and discrimination.

This came in a speech given by Kuwait’s Permanent Representative to the United Nations and International Organizations in Geneva Ambassador Jamal Al-Ghunaim, before the UNHRC 47th session, being held in Geneva from 21 June to 13 July.

The session is held via videoconference, as part of an interactive dialogue with the United Nations High Commissioner for Human Rights, Michelle Bachelet.

Islamophobia is undermining peaceful societies and requires the international community’s firm measures to counter it, in order to spread peace and tranquility worldwide, Al-Ghunaim said, calling for protecting individuals against acts of violence, discrimination, and hate crimes.

Kuwait expressed its deep conviction in human rights and constructive dialogue to protect those rights based on the communities’ right in choosing the appropriate values, principles and concepts that suit their people, the Kuwaiti diplomat said.

Kuwait also “rejects the attempts of some communities to impose their culture on others, justifying such an action by globalizing the human rights,” he added.

“We cannot accept any values that contradict our culture and religion of Islam,” Al-Ghunaim affirmed.

“The sustainable development is hardly moving in some parts of our region, not only because of the spread of the coronavirus, but also due to the series of armed conflicts that put lives at risk, and violate human rights, resulting in the displacement of a large number of people,” he said.

Kuwait strongly condemns the Israeli forces’ occupation of the Palestinian territories, and its commission of flagrant violations against the unarmed Palestinian people, totally ignoring international humanitarian law, and UNHRC resolutions, he stressed.

“The latest Israeli aggression on the Gaza Strip and the blatant violations of Palestinians’ human rights are part of many crimes committed against the unarmed people of Palestine, with international failure of questioning the Israeli authorities over their apartheid crimes,” the Kuwaiti official added.

Kuwait hopes that the international community would provide further financial aid to UNHRC, to allow it to practice its work actively, Al-Ghunaim said, underlining his country’s keenness to continue assisting the agency.

The UNHRC’s annual report highlighted the challenges countering human rights, especially following the spread of COVID-19 and its negative impact on those rights, he stated, pointing out that Kuwait will always be of great support to the Human Rights Council and its work in serving human rights all over the world.